​​Watford continue to be locked in negotiations with ​Everton having made an official complaint to the Premier League over the Toffees' alleged tapping up of former manager Marco Silva.

The Hornets filed the complaint earlier this year after deeming Everton's approach for Silva last November as illegal, with ​Sky Sports reporting that, to date, all efforts to reach an amicable solution have failed. 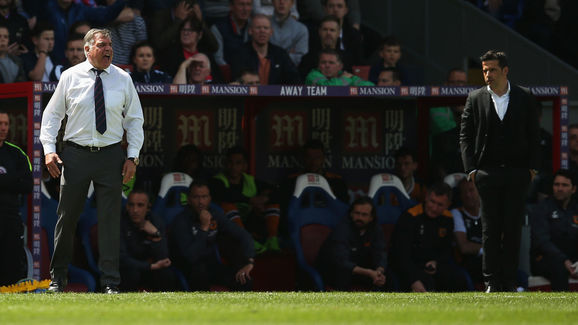 The news comes after Silva once again emerged as Everton's leading candidate to replace the now ​confirmed outgoing boss Sam Allardyce - six months on from the first clash between the two clubs.

Watford have claimed that illegal negotiations were held between Silva and Everton after the Merseysiders sacked Ronald Koeman in October, a meeting which formed part of the grounds for which Silva was dismissed for in January.

The ​Premier League subsequently instigated a mediation meeting for the two clubs last month but the issue failed to be resolved, and with the dispute having dragged on for four months the league could be forced to find a conclusion to the issue themselves.

If such action were to be taken by the league then the panel could impose a range of sanctions which could include fines through to possible points deduction for Everton, should accusations of poaching Silva are proven.

The report claims that the most likely scenario would be a suitable compensation figure reached for Everton to pay to their Premier League rivals.

The ​Hornets' statement at the time of Silva's departure read: