W90
WorldNews
Lists
Next Article
Who could England face in the World Cup knockout stages?

As expected, ​Joe Hart and Jack Wilshere were the major casualties as England officially released their squad for the 2018 ​World Cup next month.

Three Lions boss Gareth Southgate has forgone the process of naming a preliminary squad before trimming down to a final group and instead named his definitive 23-man selection for the tournament in Russia.

There is room for Fabian Delph, Trent Alexander-Arnold and Gary Cahill, while Hart and Wilshere both miss out, as was widely reported on Tuesday.

For the nation, by the nation. The #ThreeLions’ official @FIFAWorldCup squad announcement. pic.twitter.com/YecUWPUZfJ

On-loan ​West Ham keeper ​Hart is reported to have been left furious with his club's (now former) manager David Moyes, after receiving a call from Southgate on Monday informing him of the decision.

Southgate has opted for Jordan Pickford, Jack Butland and uncapped ​Burnley star Nick Pope as his three goalkeepers for the tournament.

In defence, as anticipated, there is room for Ashley Young and Danny Rose,

In midfield Wilshere's lack of a spot is the major surprise, with Southgate supposedly concerned by the Arsenal's proneness to injury, while the versatile Delph is given a berth as well as 22-year-old Ruben Loftus-Cheek, who impressed Southgate in a friendly against Germany last year..

There are no major surprises in attack where Harry Kane is expected to lead the line. ​Leicester City 20-goal man Jamie Vardy and Marcus Rashford have also made the squad.

​Liverpool's Daniel Sturridge is an unsurprising casualty, having failed to proved his worth during an ill-fated loan spell with ​West Brom this season. 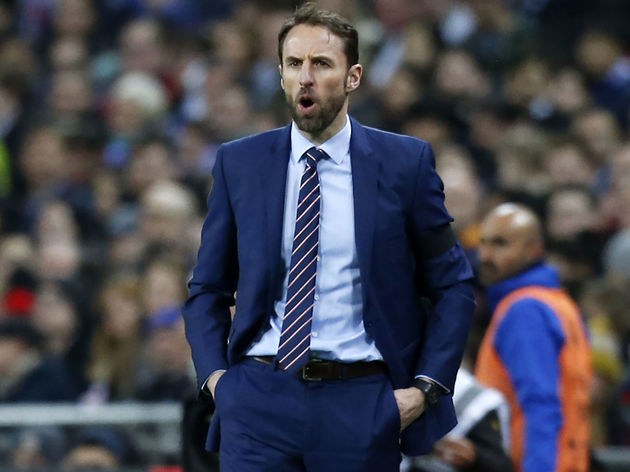 England kick off their World Cup campaign against Tunisia on June 18, before facing Panama six days later and top seeds of the group Belgium on June 28.