​​Tottenham Hotspur could be willing to sell as many as five first team players as Mauricio Pochettino plans a squad overhaul this summer.

According to a report from the ​Mirror, the north Londoners are actively seeking to move on three players and are willing to listen to offers for a further two.

The club want to axe midfielders Moussa Dembélé and Moussa Sissoko and are also keen to end the failed Spurs career of centre forward Fernando Llorente.

The most significant departures from White Hart Lane this summer, though, could be two players who will be in the shop window as they represent their countries at the World Cup in Russia this summer.

It has been widely reported that Belgian defender Toby Alderweireld has asked for a wage increase, which Tottenham are reluctant to grant as it will break their infamous wage cap structure. 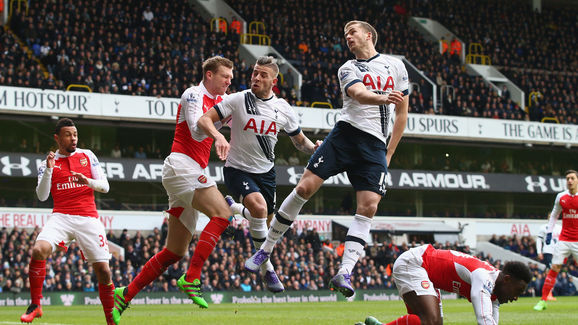 ​Manchester United, ​Chelsea and Paris Saint-Germain are all said to be interested in the 29-year-old, who will be lining up against some of his Tottenham teammates this summer as Belgium face England in the World Cup group stage.

One of the players he could be facing in that game is Danny Rose, who could also be facing the exit door at Spurs this summer.

Last summer, the left back ​made controversial comments that were critical of the club's transfer policy and wage structure, which did not help his case for a happy future at Tottenham. He is the second Tottenham defender that Manchester United are interested in signing.

The decision to sell these five players was made before Mauricio Pochettino ​issued a spending challenge to Daniel Levy following his side's 5-4 victory over ​Leicester on Sunday.