The Over-Achievers: An Over-Performing XI From the 2017/18 Premier League Season

​Yep, it's that time again. Where all of our pre-season predictions come crashing down on us in embarrassing fashion. For all of those sitting in smugness among us for predicting ​Manchester City to win the league, there's one guy hiding in shame having tipped Burnley for the drop.

Naturally, we all predicted who we thought would take the division by storm, and as always, a few massively took us by surprise. In light of that, we've decided to take a look at a possible starting XI of players who significantly over-performed this season... When Tom Heaton left the field against Crystal Palace with a dislocated shoulder back in September, many inside Turf Moor were left unconvinced by his inexperienced replacement.

A player who was on loan at York City just four years ago now finds himself in pole position for a spot in England's World Cup squad. The 26-year-old has truly taken his chance by the scruff of the neck. Having been relegated with ​Hull last season, not much was made of Liverpool's £8m capture of Andy Robertson. The former Queen's Park full back, however, has been a revelation after breaking into the team ahead of Alberto Moreno.

life at this age is rubbish with no money #needajob

From having no money and no job six years ago to playing in a Champions League final against Real Madrid, the Scot has been simply outstanding. After Michael Keane departed Turf Moor for ​Everton, most ​Burnley fans felt a key cog in their side had been lost with no replacement in mind. However, little did they know that Keane's replacement was already in their ranks.

James Tarkowski, starter of just four games last season, emerged as a real presence for the Clarets. The former ​Brentford man has been so excellent, in fact, that he earned a call up to the England team and won his first cap for the Three Lions. A surprising inclusion, you may argue, but compared to his 2016/17 campaign Nicolas Otamendi has overperformed massively compared to what was expected from him.

The Argentine has bossed the backline for the champions, completed the second most passes in the league (3074), and made 33 starts as the Citizens broke countless records.

Let's see if he can take his dominant form into the World Cup with La Albiceleste... After initially impressing in the second half of last season having joined the Eagles from Olympiacos, Milivojevic has taken it up a notch in his first full season in England.

The Serbian has retained all the composure and crispness in midfield that stood out last campaign, but has since added a goal threat to his game. Milivojevic has hit 10 goals for Palace this season, and finishes as the club's top scorer. Yes, we all somewhat expected him to have a good season, but even then, Mohamed Salah has absolutely exceeded expectations by miles.

He seemed a better fit to Liverpool's system than the ​Chelsea one he previously played in, so an improvement on that was to be expected.

Nonetheless, for Salah to break Cristiano Ronaldo, Luis Suarez and Alan Shearer's record for goals in a 38-game ​Premier League season (31) by smashing in 32 of his own, that takes some doing. Signed for just £2m from Ingolstadt in the summer, Pascal Gro Many already knew of the Ivorian's game-changing talents, but Wilfried Zaha has over-performed significantly this season by becoming ​Crystal Palace's main man.

In previous years, the winger would be a mercurial feature in a side not necessarily reliant on him to win games, although now, his teammates look to him for inspiration.

The 25-year-old is the difference between no point and three points for Palace. He is huge. 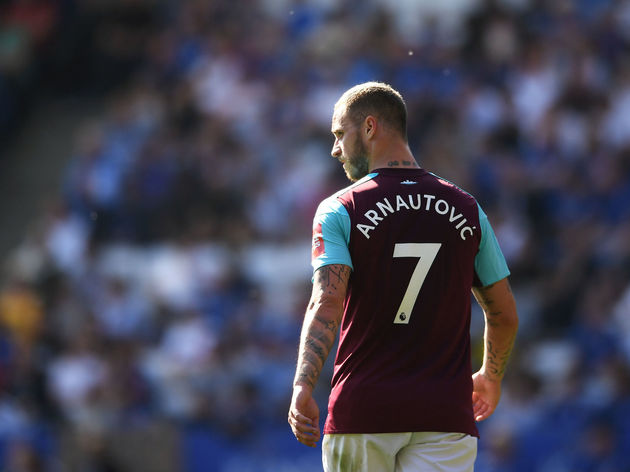 Again, like Salah, we all knew Arnautovic was decent, but he's taken it up a level at ​West Ham in a central role.

Where the Austrian would dip in and out of games whilst at ​Stoke, he has become a model of consistency for the Irons. The 29-year-old has 11 goals and six assists in his debut season for the Hammers, and has definitely overperformed compared to what people were expecting.