​​Everton will have to fight it out with ​West Ham in order to land number one managerial target Marco Silva.

The Merseyside club are thought to be looking to replace Sam Allardyce ahead of next season, but West Ham are also believed to be in the market for a new manager, with David Moyes' future at the London Stadium seemingly uncertain.

The Toffees are believed to have their sights set on former ​Hull City and Watford boss Silva, and ​The Mirror reports that Everton players are under the impression that Allardyce will depart the club in the summer, and that Silva will indeed be his replacement. However, ​Premier League rivals West Ham are thought to be throwing a spanner in the works, as they too search for a new boss. But it is not just Silva that the Hammers are trying to tempt to London, as the two clubs reportedly share interest in another managerial option.

Everton have been linked to 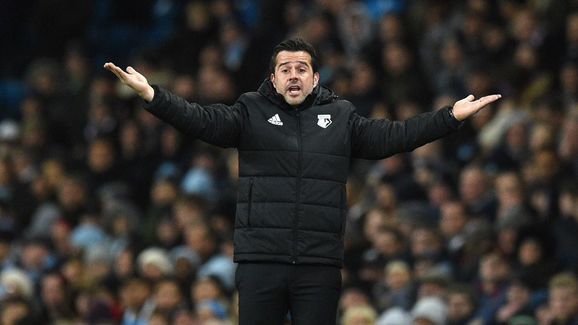 ​Allardyce admitting that his future at Goodison Park is unsure

“Generally there’s no smoke without fire. We’ll wait and see when we meet up.”

With Fonseca and Silva both thought to be targets for Everton and West Ham, it could be a case of 'we'll have one, you have the other', as the two sides look to land a new boss this summer.