​Manchester United and Watford stepped out to glorious Manchester sunshine on Sunday afternoon, for what was United's 1000th ​Premier League game and Michael Carrick's 464th and final match for the Red Devils, in the final game of the 2017/18 campaign.

Fergie songs and banner from The Stretford End. pic.twitter.com/vV0OE06ApN

The game got underway to another subdued atmosphere at Old Trafford, and it was the away side who had the early chances in the first 10 minutes, with Richarlison whipping in a cross on two separate occasions - Will Hughes squandering both attempts on goal.

There was little to shout about from either set of fans as the half went on, and the game's lack of meaning shone through​​. With second place secure for United and ​Watford safe from relegation, neither side looked motivated to finish the Premier League season with a win. In vintage Carrick-style, the veteran midfielder played a sublime pass over the top to Juan Mata, who squared it to Marcus Rashford, for him to tap in his seventh Premier League goal of the season and give United a 1-0 lead.

There was almost an immediate reply from the Hornets, as Richarlison forced a smart stop from Sergio Romero with an effort of his own. Romero's save resulted in a corner, which again forced a clever save from the Argentine as Gerard Deulofeu launched a stinging shot from the edge of the box. The second-half was underway to a more enthusiastic atmosphere, and the rise in decibel levels clearly rubbed off on the players, with Jose Mourinho's men beginning to test the Watford back-line.

The Hornets also stepped up their game, and a delightful ball from Deulofeu was almost headed in by Andre Gray, but his tame effort was blocked by Ashley Young.

Javi Gracia's men continued to threaten throughout the half, and Gray was believed to be gifted a clear opportunity from a poor back pass from Marcos Rojo, but the Englishman's chance on goal was denied when the referee pulled the game back for a foul on Rojo. The improved atmosphere seemed to boast the motivation levels of the travelling side rather than United at this point in the game.

The home side came close to scoring their second in the midst of Watford's spell of possession, however, as once again, Carrick split open the the Hornets defence. Rashford though could not finish from the delightful pass from the retiring midfielder. 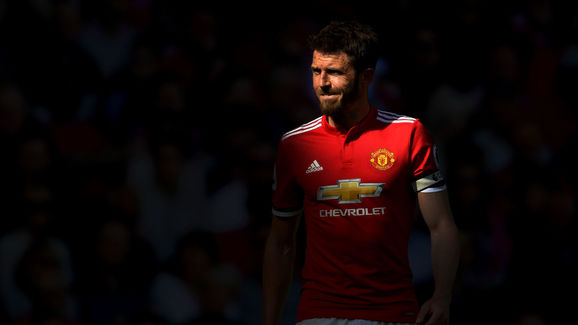 Within the last 15 minutes of the game, United's attention clearly drifted towards the FA Cup final on Saturday, but Watford still wanted to salvage something from this slightly lacklustre game.

Balls continued to pile into the United boss, but the home team remained resilient in defence.

Gracia became increasingly animated on the touchline, as his side continued to threaten but with no real efforts on goal to show for. In the 84th minute, the Old Trafford faithful stood and applauded off their departing legend, as Carrick left the pitch for one final time.

Attention now turns towards the FA Cup final for Mourinho and United, where they will face ​Chelsea at Wembley next Saturday.

Here it is - our final starting XI of the 2017/18 @PremierLeague season! #MUFC #MUNWAT pic.twitter.com/PvLU3Ahnp8