Talks between ​Real Madrid and Robert Lewandowski have broken down due to ​Bayern Munich's astronomical demands, according to reports in Germany.

Mats Hummels on Robert Lewandowski's anger during #KOEFCB: "Maybe he was dissatisfied because he missed so many chances in the first half, or maybe it was the consequences of the game against Real Madrid." #FCBayern

However, according to Sky Sports, negotiations between both parties have ended, with The Sun claiming the break-down is due to the Bundesliga champions' eye-watering €100m (£88m) fee demands.

And Bayern chief executive Karl-Heinz Rummenigge told Kicker, as quoted by ​Sky Sports, the World Cup-bound talisman will still be part of the Allianz Arena force next year despite recent clashes between the player and the club. 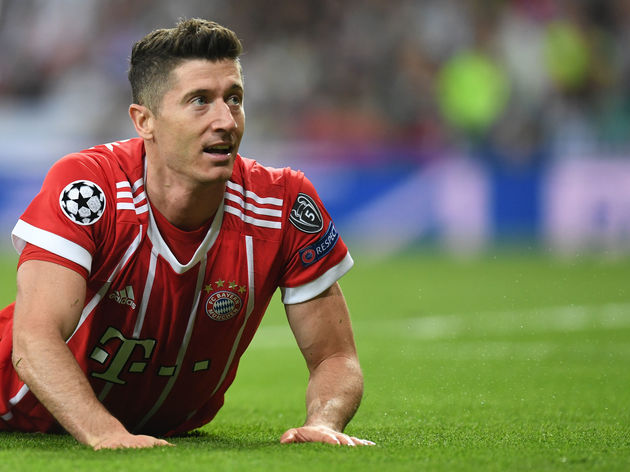 "They do not have to worry about Robert Lewandowski and the relationship with Bayern," he said. "We have a very good one.

"We know what we have in Robert Lewandowski. I am very happy that we still have such a long-term contract. [There's] no need to worry - he will also play next season at Bayern Munich."

Although the Bundesliga's top scorer is seemingly no longer on the table for Real Madrid, agent Zahavi could still play a part in Los Blancos' attacking rebuild this summer.