The pressure is off Mark Hughes' men following their 1-0 win away at Swansea on Tuesday night, which leaves the Swans perilously close to joining ​Stoke and ​West Brom in English football's second tier. Even so, the Saints will be anxious to avoid leaving things to chance as they face off against a side which has taken the league by storm this season.

Having sealed their third ​Premier League title weeks ago, City have only their pride to play for but will be eager to take their points tally to 100 in order to put the icing on the cake of what has already been without a doubt the greatest season in the club's history.

Here is everything you need to know ahead of Sunday's final-day clash between these two sides: These two sides have a history of high-scoring encounters, more often than not in favour of the men in blue. However, Southampton didn't stick to the script when they faced Manchester City on the 1st of May 2016.

Following Shane Long's close-range finish which opened the scoring for the Saints, Sadio Mane decimated City with a blistering hat-trick that left Manuel Pellegrini's men floundering. Despite Kelechi Iheanacho bringing his side back into the game with a goal to make it 2-1, Mane continued to run riot and gave Southampton a resounding 4-1 lead by 68 minutes.

Iheanacho struck again ten minutes later to give City a fighting chance, but it was a case of too little too late, as Ronald Koeman's side put a major dent in City's hopes of Champions League qualification. As with virtually any match involving Manchester City this season, the key question will be whether Southampton's defenders can contain the explosive creativity of City's midfield maestros. Silva and De Bruyne have had a hand in an astonishing 43 league goals between them this season, tearing defences apart with their incisive passing and ability to read the game.

Mark Hughes' arrival at Southampton has seen them gain a certain amount of tactical organisation and defensive stability that was lacking under the stewardship of Mauricio Pellegrino, demonstrated in their battling 1-0 win at the Liberty Stadium this week. However, questions remain about the ability of the Saints' defenders after they shipped three goals apiece against ​Arsenal and ​Chelsea.

Though their safety is all but guaranteed, Southampton will still be looking over their shoulder at the relegation trapdoor as they prepare for this clash. Only a seriously heavy defeat could send Hughes' side down into the ​Championship - but this Manchester City side are more than capable of inflicting such a defeat and Southampton's defenders will need to be on their best form on Sunday to prevent City's attackers from running riot. Southampton could be without defender Jan Bednarek on Sunday after the Polish centre-back suffered a head injury against ​Swansea. Meanwhile, Steven Davis remains unavailable for the Saints as he continues to recover from an Achilles tendon problem.

Manchester City have no fresh injury concerns but remain without the injured Sergio Aguero. Benjamin Mendy could be in line to make his first start since September for Pep Guardiola's side as he pushes to recover from a cruciate knee ligament injury in time for the World Cup next month. All eyes will be on Guardiola's team selection as the City manager could give some rare first-team experience to a number of youth players - most notably 17-year-old Phil Foden, who is one appearance away from being eligible to receive a Premier League winner's medal. 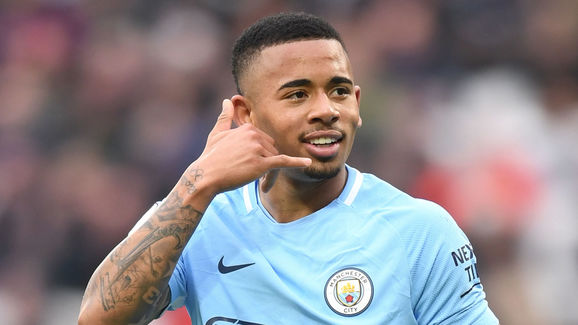 Manchester City have recovered from their minor wobble during April and come to St. Mary's in typically strong form. Guardiola's side broke the record for number of goals scored in a Premier League season in their last outing against ​Brighton, and will be keen to extend that record with a comfortable win on Sunday.
While it is possible that City could field a weakened side in order to give lesser-used players a chance to shine, Guardiola is a known perfectionist and will more than likely field a strong side with the aim of taking his side's points total to the century mark.
The Saints will be aware of the risks of taking this match lightly and will no doubt give a spirited performance to ensure their Premier League status for another year - even so, it's hard to see any other outcome than a comfortable win for City.
Prediction: Southampton 1-4 Manchester City
Related Topics:
Transfer News