​All the members of the Premier League's 'big six' are now interested in Napoli midfield star Jorginho, who 'expects' to move to England this summer.

​The Times report that Napoli will entertain bids of €60m for the Brazil-born Italy international, who has become one of the most coveted deep-lying midfielders in European football.

Liverpool and ​Manchester City have been tracking the 26-year-old for some time, with both in the market for summer reinforcements in midfield. The Reds look set to lose Emre Can on a free transfer - with the Germany international most likely ​Juventus-bound - while Pep Guardiola's City want younger legs to act as a long term successor to the ageing Fernandinho. 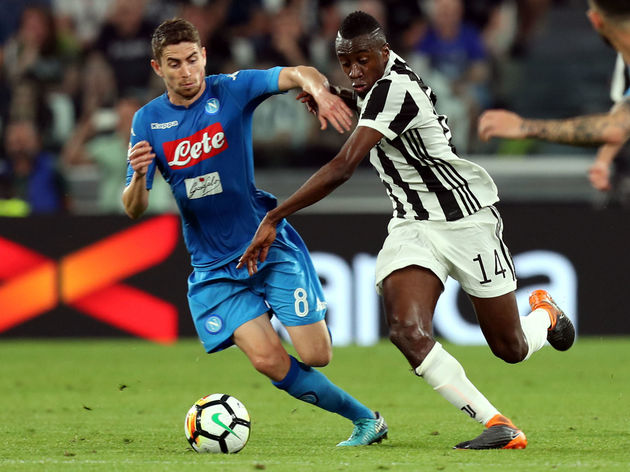 In addition to the two clubs' interest, ​Manchester United, ​Arsenal and ​Tottenham are all said to have "sounded out" the player's representatives about a summer move. Also, ​Maurizio Sarri's recent links to the Chelsea manager's job have drawn speculation that Jorginho could follow his current boss to west London.

A​a move to Barcelona, which had been mooted on Thursday

While all six ​Premier League side are keen, Man City are the current favourites, with ​Liverpool supposedly anticipating that their "number one midfield target" will join the Guardiola revolution at the Etihad Stadium.

Manchester United is interested in Napoli’s midfielder, and Josè Mourinho has asked him to Jorge Mendes (who is close to Napoli): source told @CalcioNapoli24 that Mendes asked Napoli for a warrant to sell Jorginho to United https://t.co/jWbIsL60fU

Speaking earlier this month ​Jorginho's agent gave the clearest indication yet that his client would be leaving this summer, while adding weight to the Times' claim that England is the destination of choice.

Everyone knows there are four or five Premier League clubs who want Jorginho.

“Jorginho still has two years left on his contract, and if ​Napoli want to sell him, he’ll just have to find an agreement with another team and then he’ll have to talk to us about it."