​Manchester City midfielder ​Kevin de Bruyne has paid tribute to outgoing teammate Yaya Touré, with the Citizens legend set to leave the Etihad at the end of the season.

The Belgian playmaker has hailed Touré's experience and character, telling ​Manchester Evening News that the 34-year-old Ivorian has had a big influence in the dressing room this season, despite his lack of playing time.

From one legend to another. #MCFChttps://t.co/Amw7TSlOxI

De Bruyne has hailed his midfield teammate as a player who "deserves a big farewell" having played a key part at Manchester City since the start of the club's "revolution".

“I guess he was one of the players where the revolution started,” said De Bruyne. “He has had a lot of great games and won so many things here and he deserves a big farewell game from everybody.

“When I came here he was a big part – even this year when he didn't play so often he has been a big part of it and a massive player. The way he has performed his entire career is impressive.” 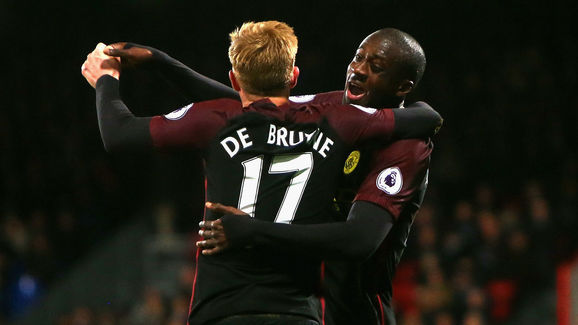 City are planning a big send-off for Touré as they host Brighton at the Etihad Stadium on Wednesday night. City boss Guardiola will hand the City legend his first Premier League start of the season.

Touré will also wear the captain's armband on what is set to be a special occasion for everyone who has followed the club since his arrival from Barcelona in 2010.

Touré has made only seven cup starts and nine substitute appearances in the Premier League for Manchester City this season, but De Bruyne has said that Touré "is a very easy guy who relaxes a lot" and "tries to enjoy it."