​Everton are exploring the possibility of replacing current manager Sam Allardyce with ex-Arsenal captain Patrick Vieira, according to a report from the ​Metro.

Allardyce took over from Ronald Koeman in November 2017, after a shocking start to the season left the Toffees languishing in the bottom half of the table just a few points shy of the relegation zone, despite having invested over £100m in playing staff that summer.

The former England manager steadied the ship and helped to steer the Toffees to safety and a comfortable mid-table position. ​However, despite their change in fortunes, there has been discord among the fans due to the style of football and negative approach employed by 'Big Sam'. ​Marco Silva, was widely reported as the frontrunner and preferred choice of the Everton board to succeed Koeman back in November. However, after a prolonged battle with ​Watford to approach the Portugese proved futile, owner Farhad Moshiri turned his attentions to Allardyce.

Moshiri, who has connections with Arsenal, has long been an admirer of Vieira, who becomes the latest manager to be linked with the Everton job. The majority shareholder is reportedly determined to appoint a young, innovative coach to take his team to the next level.

Viera started his coaching career at Manchester City and has since moved to sister club New York City FC. He has endured two successful seasons in MLS, twice reaching the semi-final stage of the league's play-off system. 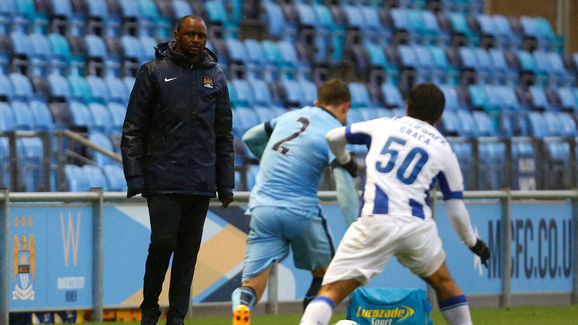