Barcelona youth product and Middlesbrough winger Adama Traore may be handed an escape route from the Championship this summer, as Chelsea are reportedly closing in on a

A year on, Chelsea look set to revive their interest in the speedy winger, who has shone in recent times under manager Tony Pulis.

Boro are still hopeful of gaining promotion back to the Premier League after confirming their spot in the ​Championship play-offs last week.

The Spanish Under-21 star is keen for another shot at the top-flight. However even if Middlesbrough do gain promotion, there's no assurances that the club will be able to hold onto their star man.

According to a ​report from the Daily Mirror, the deal may be eased through as Chelsea's former chief executive Peter Kenyon is a close confidant of ​Middlesbrough chairman Steve Gibson - and the relationship between the two could prove vital in finalising any transfer. 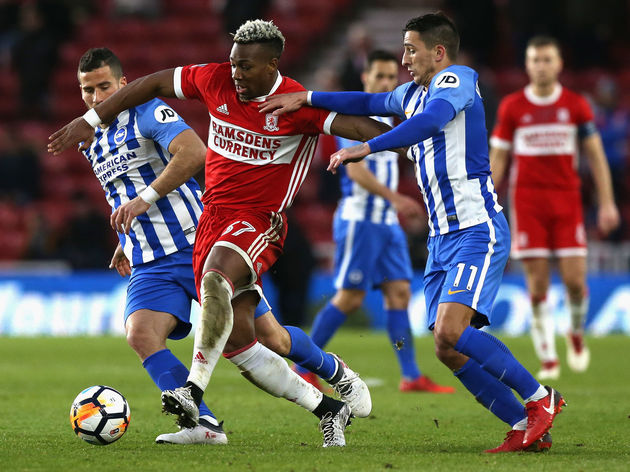 ​Everton and ​Newcastle have also been linked with a move for Traore, however ​Chelsea remain firm favourites to close the deal.

Chelsea are confident of sealing the deal in the summer, with a source telling the Mirror:

The former ​Barcelona youngster has made a big impact on the Championship this season, making 36 appearances, scoring five goals and chipping in with 12 assists.