West Bromwich Albion have secured their top flight status for a least one more day, as a late Jake Livermore goal against his old side claimed all three points in dramatic fashion.

It looked like the West Brom supporters didn't fancy a day in the glorious West Midlands sun, as empty blue seats covered the Hawthorns. However, the absent supporters didn't miss much in the first 20 minutes, with Spurs accumulating 80% of the ball up to that point.

Spurs right-back Kieran Trippier threatened down the right hand side throughout, but the West Brom defence were resilient in the early stages, and Ben Foster had little work to do. The West Brom 'keeper was forced to make a smart save just before the half-hour mark though, as he tipped away a powerful shot from Victor Wanyama. Crosses continued to pile into the West Brom box, but Spurs' quick-flowing attacking moves were not enough break down Darren Moore's men, with Ahmed Hegazi impressing in particular.

Harry Kane had a glorious chance to score his 28th Premier League goal of the season, as once again, Trippier sliced open the West Brom defence to feed through a delightful ball to Kane - but Foster produced another clever save, and Kane was denied. 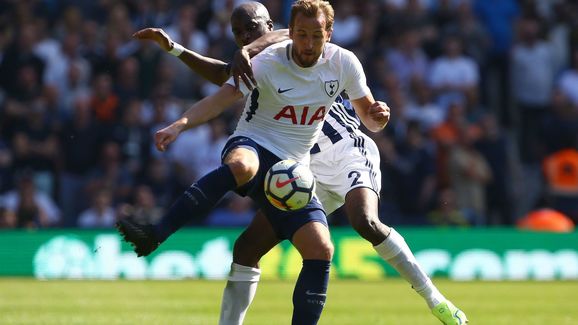 Minutes before the sides went in at the break, West Brom conjured up their first chance on goal, as Jay Rodriguez chipped a ball over Hugo Lloris, only to be headed away from goal by Jan Vertonghen.

Despite a lacklustre West Brom performance in attack, they finished the half strong, calling defenders Toby Alderweireld and Vertonghen into action, but the Spurs defence stayed strong during the late onslaught of West Brom crosses and the sides went in at the break goalless, with both sides there for the taking. With ​Stoke officially relegated from the ​Premier League earlier in the day, the West Brom faithful knew they would be joining the Potters in the Championship if they failed to score in the next 45 minutes.

The Magpies came out to a positive roar from their fans, but it was Mauricio Pochettino's men who controlled the early stages, as ​West Brom struggled to push Spurs out of their own half, with Erik Lamela having his positive run cancelled out by the ever-growing impressive Foster. Despite much of the possession being dominated by the away side, Spurs failed to turn their possession into clear-cut chances.

The home side soaked up the pressure well, and attempted to catch Spurs out on the counter attack. Soloman Rondon had his half-chance denied after a fantastic tackle from Alderweireld. This would be Rondon's last piece of action at the Hawthorns this campaign, as Darren Moore brought on Daniel Sturridge to try and save the day. As the final Premier League game at the Hawthorns entered the last 10 minutes, West Brom were staring in the face of the ​Championship. Time was running out on West Brom's eight-year stay in the Premier League, and as fans started to depart the already half-empty stadium, Spurs continued to maintain possession.

However, in the most dramatic fashion, former Spurs midfielder Jake Livermore tapped in a goal-mouth scramble from the corner which Spurs failed to clear. The ball looked like it was not going to go in, but through pure tenacity and will, the Magpies managed to squeeze the ball over the line to an almighty roar at the Hawthorns. 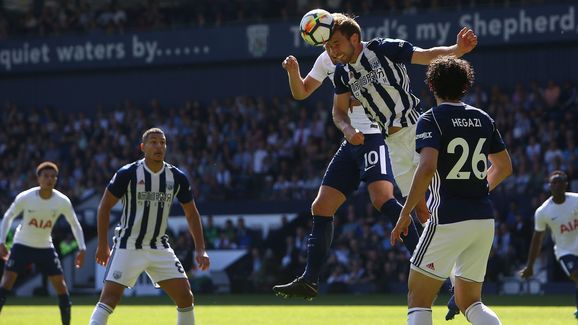 Spurs tried to fight back, but time had ran out, and Livermore's goal was the last major chance in the game.

Darren Moore has now claimed 11 points in seven games during his short stint in charge of the relegation fighters West Brom, however, safety is still out of the Magpies hand despite their recent form.