Borussia Dortmund were unable to recover after falling two goals behind against Mainz on Saturday, with the Carnival Club securing a deserved 2-1 victory in Roman Mainz needed just four minutes to take a shock lead at the Westfalenstadion, with 20-year-old midfielder Ridle Baku continuing his goalscoring form to fire the Carnival Club in front after a slick passing move.

Yoshinori Mutō then increased Mainz's lead even further with barely 10 minutes on the clock.

Alexander Hack came close with a long-range effort as the visitors looked to restore their two-goal advantage, while 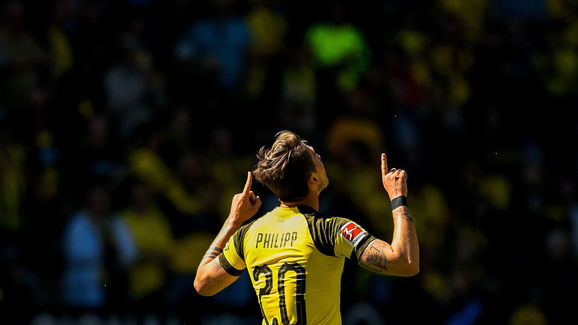 De Blasis popped up with another header shortly after the restart but the 30-year-old was once again off target with his effort, while Marco Reus' goal-bound strike was well dealt with by the Mainz defence.

Both sides saw half-hearted penalty appeals waved away as Dortmund pressed for an equalising goal, with the visitors looking to find their joy through infrequent counter attacks.

Borussia Dortmund grew increasingly frustrated as the match went on despite controlling possession, as well as keeping the ball in and around the Mainz penalty area, with clear-cut chances coming few and far between.