Paris Saint-Germain striker Edinson Cavani has admitted that there were indeed problems between himself and Brazil star Neymar after they got into it over a penalty early in the season.

The ex-Barca man - now out with an injury - asked Cavani to let him take a spot kick during the second half of a 2-0 win over Lyon back in September, and that led to a bit of a quarrel during the match. With the season coming to a close, the Uruguayan forward has spoken to ​RMC Sport and confirmed that the argument did lead to a continued rift, which they have since sorted out.

"I am a footballing worker - I am not a star. If I have teammates who can win individual accolades, then I will do everything to help them. They must put the team's goals first, though. Gradually, we have come to an understanding. The team's superiors have taken a decision and I have respected it. 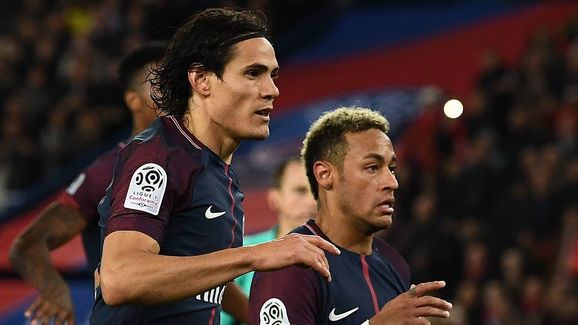 (You may also be interested in: ​Barcelona Representatives Meet With the 'New Neymar' in Catalonia Ahead of Potential Deal

"The supporters whistling, this was not good for him. If I was in his position there, it sincerely would not have pleased me."

Cavani also insisted that there is need for more unity at PSG, urging the squad to come together as 'family' after what was a disastrous campaign in the Champions League.

"To me, football is like life," said Cavani. "It is absolutely vital to give everything and stick together -- we must be more united, more together. We have to express ourselves greater as a unit and not just a team. We must be brothers - family."