​Mark Hughes has hit out at the 'unfair' nature of the Premier League fixture list as Southampton bid to retain their top flight status.

The Saints find themselves one point and one place away from the safety line with three matches left to play, and Hughes revealed to reporters (h/t the ​Daily Echo) that the Premier League's board needed to make it more fair for everyone in the final fortnight of the season.

​Southampton face back-to-back away matches against Everton and fellow relegation-threatened side ​Swansea City on Saturday and Tuesday respectively, before a home clash with champions ​Manchester City on the last day of the season. 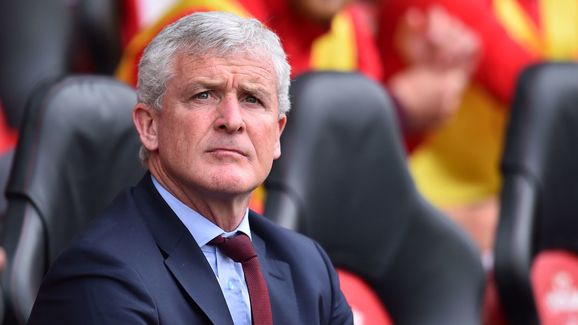 And Hughes doesn't believe that his team hold the advantage with three games in the last eight days of this term, while everyone else around them has a week's break between their 37th and 38th games of the campaign.

He remarked: “They make the point on the last day of the season that everyone has to play at the same time so maybe they should do that in the last two weeks of the season. Maybe that would be slightly more fair."

“The Premier League is paid a huge amount by TV and at some point you have to pay the price and the pound of flesh is kick-off times and times when you’d rather play at 3pm on a Saturday.

Is he really complaining about two and a half hours in space of FOUR days? 

“I remember the time everybody played 3pm on a Saturday afternoon but it doesn’t happen anymore.

The south coast club beat local rivals ​Bournemouth 2-1 last time out to give themselves a fighting chance of staying up, and Hughes added that no-one in his squad thought that it was job done ahead of a truly testing week.

(You may also be interested in ​Everton vs Southampton Preview: Past Meeting, Form, Team News & More)

He said: “I don’t think we’ll fall into the trap of thinking that we got job done last weekend because we haven’t. Nowhere near it. It was only right that we expressed ourselves as we did as that helped the crowd as well but we have to go again.

“For all the emotion that we saw and the fact we were able to at long last please our supporters we have to do it again and we don’t want to disappoint our fans by losing at ​Everton.”