Neuer, 32, has missed almost eight months worth of action for the Bavarians after undergoing surgery in September, but Heynckes believes the goalie should be closer to a return after this weekend’s match against Koln.

“He should make the next step next week,” Heynckes revealed, as quoted by ​ESPN. “He could take part in match-related training forms towards the middle, the end of that week.”

Neuer, who has suffered a foot fracture three times since last March, returned to light training last month, but was not involved with the squad that travelled to Madrid for Bayern’s Champions League semi final second leg at the Bernabeu.

On when Neuer could be set to return to match contention, Heynckes added: “Depends on the doctors, on Manuel, on me.

Heynckes was also keen to stress that although Neuer has missed such a large portion of the current campaign through injury, the goalkeeper is avidly keen to be fit in time for inclusion in Joachim Low’s Germany squad for the World Cup at the end of the season. 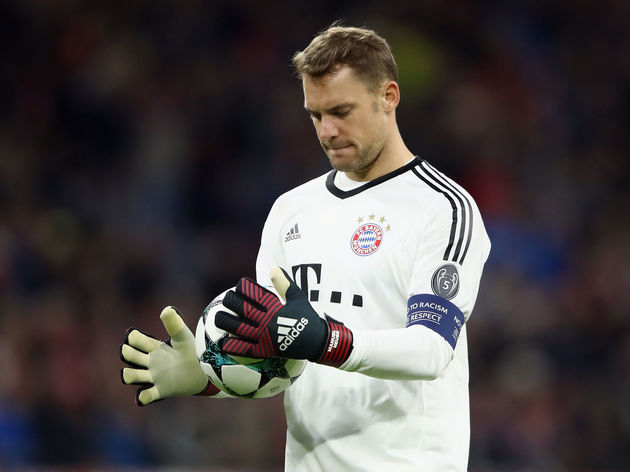 He said: “Manuel, as far as I understand him, has great ambitions to go to the World Cup. But he must not take any risks. It’s a sensitive injury. He must feel it, the docs have to green light it.”

Though Heynckes’ optimism was tinted with caution in his assessment of Neuer’s fitness, Joachim Low said last month that he was planning for his squad ahead of the tournament in Russia with his prized keeper and captain in mind.

In terms of club commitments, Neuer’s presence and experience between the posts for Bayern was greatly missed as Heynckes’ side ​crashed out of the Champions League on Tuesday, with a mistake from Neuer’s deputy, Sven Ulreich, costing his side dearly on the night.