​AC Milan will be looking to build on their 2-1 victory against Bologna last week to keep their hopes on a Europa League spot alive. Last Sunday's win at the Dall'Ara Stadium was Milan's first win in six games. A win is a must for I Rossoneri, as the battle for Europa League spots are an tight as ever in Serie A.

Milan will be hoping to improve their recent form at the San Siro, having not won at home since a 3-2 victory over Chievo on 18th March. It is also a concern for Milan that they have only scored four league goals since the start of April. Luckily, Saturday's opponents Verona have scored less during this period with only three goals.

For Verona, they are fighting for survival, sitting second bottom of ​Serie A. I Gialloblu have lost each of their last six away games, conceding at least two goals in each match. Verona would be making history by winning at the San Siro, as they have never previously beaten AC Milan there.

However, if it is anything like their last meeting, history could be made. 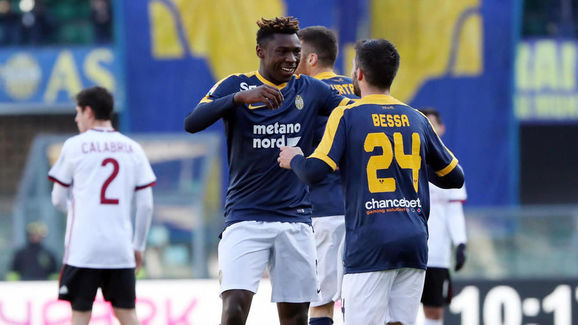 December was a testing month for Gennaro Gattuso's men as they suffered an embarrassing defeat to Verona a week after drawing to then pointless side Benevento. Verona moved outside the relegation spots thanks to a headed Antonio Caracciolo goal, with Moise Kean and Daniel Bessa then scoring after the break. 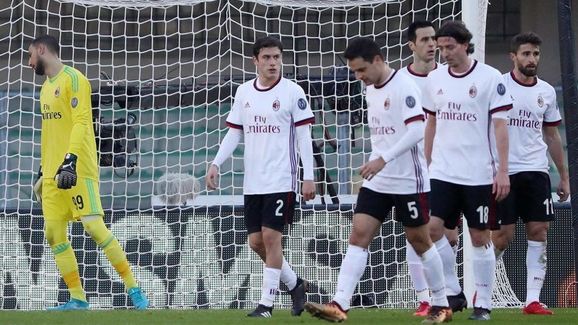 To round off a miserable 90 minutes up for ​Milan, Suso was sent off in stoppage-time for a stamp on Daniel Verde.

The Verona left-back will have his hands full trying to stop the Spaniard getting revenge after the reverse fixture in December. The winger has produced six assists this season while scoring five goals. Verona will need to keep the former ​Liverpool man quiet to stop chances being created.

After scoring last time out against Bologna, the German will be full of confidence and it will be up to full-back Alex Ferrari to make sure that the Milan winger does not have an influence on the game.

The home side will enter the clash without Andrea Conti, who has been ruled out until September after undergoing knee surgery. Alessio Ramognoli is a doubt also after picking up a knock several weeks ago and Lucas Biglia is also expected to miss the game due a lumbar vertebra fracture.

Verona will be without Mattia Zaccagni who has a knee injury as well as Matteo Bianchettii who has not recovered from a leg injury. Goalscorer from the reverse fixture Moise Kean will also miss out through an abductor issue.

Despite being in indifferent form, Milan should atone for last December's embarrassment with a comfortable victory at the San Siro and sink Verona ever closer to Sere B.