​Tottenham are planning to raid Southampton and Swansea City for key defenders - providing the two clubs drop out of the Premier League this season.

Spurs are thought to be eyeing summer moves for Saints full back Ryan Bertrand and Swans centre half Alfie Mawson as Mauricio Pochettino looks to revamp his backline in north London.

The ​Daily Express is the paper behind the claim, and report that Spurs will look to poach the pair if their respective clubs are relegated from the top flight at the season's end. Pochettino could lose Danny Rose and Toby Alderweireld this summer, with the likes of Manchester United and Paris Saint-Germain keeping tabs on their situations with the Lilywhites.

In the event that either star leaves, Pochettino will want to replace them as soon as possible and has earmarked Bertrand and Mawson as the men to bring to the capital.

Bertrand has become a key component of Southampton's side in recent seasons and would most probably seek a transfer away if Mark Hughes' men fail to haul themselves out of the bottom three before end of the season.

Mawson, meanwhile, could help preserve Swansea's top tier status - the Swans currently lie 17th - but even if Carlos Carvalhal's charges are relegated he may cost any would-be suitor around £40m. 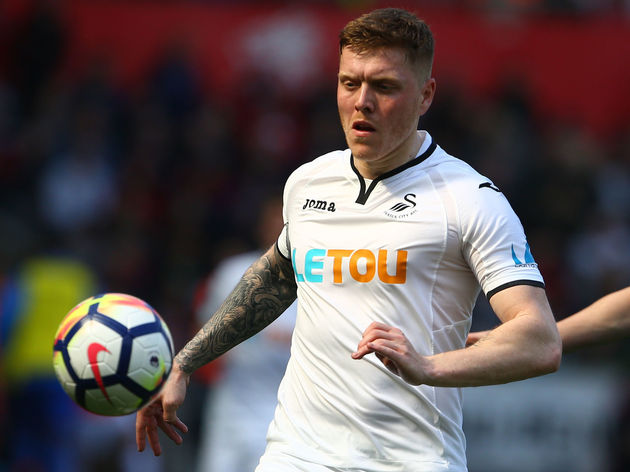 Bertrand, 28, would also cost a fair wedge of cash with Southampton likely to demand £25m for his signature, and that asking price could increase further if reported interest from the likes of Newcastle United and Wolves materialises.

(You may also be interested in: ​Celtic Full-Back Splits Opinion Among Spurs Fans Following Links With London Side)

Rose's future in north London has been speculated about due to comments he made last summer about the club's transfer policy and he has since been unable to wrestle the left back starting berth back from Ben Davies under Pochettino.

Alderweireld, meanwhile, is out of contract in 12 months' time and talks over extending his stay have broken down over the last few months - leading to suggestions that Tottenham will move him on in the close season instead of losing him for free in June 2019.