Chelsea's Antonio Rudiger has called Liverpool danger man and his former Roma teammate Mohamed Salah the 'most polite guy' in football, while admitting he has been a little bit surprised by the Egyptian's sensational season.

The pair, who both left Roma for the Premier League last summer, will be on opposing teams on Sunday as Liverpool travel to Stamford Bridge, with the Blues needing to win to keep their top four hopes alive.

Speaking to the ​BBC about his PFA and FWA award winning former teammate​, Rudiger was effusive in his praise. 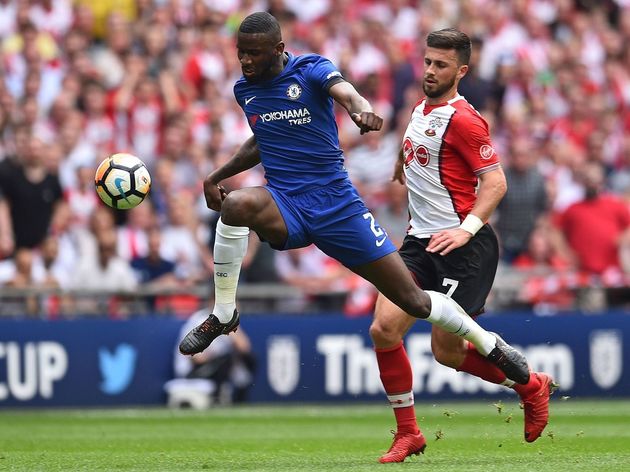 He said: "To be very honest, he's the most polite guy I ever met in football. He's a fantastic person.

Salah's incredible season, in which he leads the Premier League Golden Boot race - ​having equalled the record goals tally for a 38-game season, has taken many by surprise, including Rudiger. However, the Germany international claims he always knew the Egyptian's potential.

He continued: "Of course you are always a bit surprised [by his season] but I know his abilities, his potential and I knew he will be good for Liverpool."

Rudiger was also questioned on how exactly he plans to stop his friend and former teammate on Sunday at Stamford Bridge, and it seems keeping up with the Liverpool forward will be priority number one.

"If I play it will be a direct dual against Salah," he added. "The good thing is I'm not slow!'

Chelsea are five points behind Tottenham (in fourth) and six behind Liverpool (in third) with three games left to play. Their game in hand on Liverpool means a win for the Blues at Stamford Bridge could led to Liverpool having to win their final game of the season to secure Champions League football in 2018/19.