Manchester City midfielder sent a congratulatory tweet to Liverpool and his former manager Jurgen Klopp for reaching the Champions League final, but some Citizens supporters weren't too happy.
​

The Reds squeezed past Roma 7-6 on aggregate despite losing the second leg 4-2 at the Stadio Olimpico, and they will now meet La Liga heavyweights Real Madrid in Kiev on May 26. 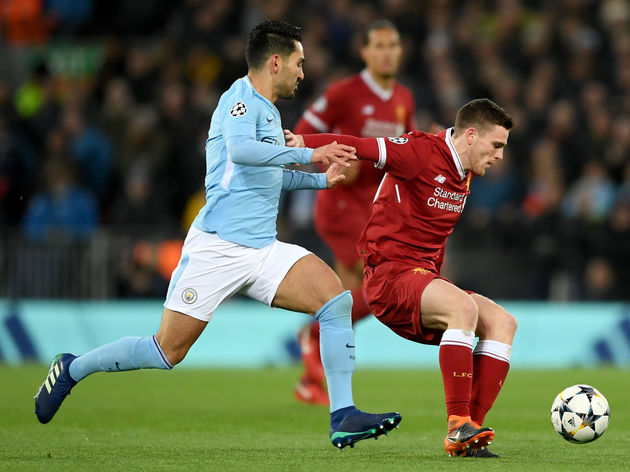 The reaction to Liverpool's progression to the final was mixed, with some being able to appreciate their European journey and some, especially rival fans, being a little less kind.
​

For Gundogan there was nothing in publicly congratulating his former manager Klopp, but City fans weren't exactly thrilled about the message given the German masterminded a quarter-final victory over them just a matter of weeks ago. The midfielder did not play particularly well in either leg, ​and there was also the bus incident which incensed Blues fans.
​

The gesture was appreciated by Liverpool fans though, who felt it was a sign of class since he may well have been forgiven for feeling irked about being eliminated from the competition.

Just send him a text, Ilkay

A private text would have been better

You're the reason we're out tbf

City fans cannot grumble too much - it's been a fantastic second season under Pep Guardiola and they will come away with two trophies in the League Cup and the Premier League title.
​

They could also count themselves somewhat unlucky to have exited the Champions League at the hands of Liverpool, with some key decisions not going their way in both legs.​