Mooy started off with a bang in the ​Premier League this season, assisting a goal in his first match and scoring one in his second. He also scored in a 2-1 win over ​Manchester United back in October, though his form has tailed off towards the latter end of the season. 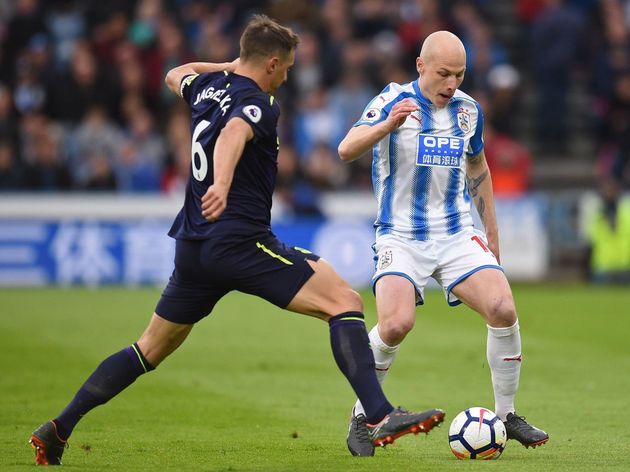 With the Terriers teetering just above the relegation zone, they could find themselves back in the ​Championship next season, a situation which could see some of their best players leave.

They are, however, level on points with the Hammers as it stands, though it would appear David Moyes's side have an easier set of fixtures as the Premier League season draws to close. Consequently, the Hammers are tipped to finish above the newcomers, who face daunting tests against ​Manchester City, ​Chelsea and ​Arsenal.

Given the possibility that ​Huddersfield could go down, ​West Ham fans will take a keen interest in Mooy's final three performances. Here's how they reacted on Twitter to their club potentially making a run at the midfielder:

If Huddersfield go down and we stay up, would you take Aaron Mooy off them?

How is this so tight?? Better than any central midfielder we have by a mile

I would probably take the manager too firmly believe he would do a lot better with better players . As for Mooy 100% just because a club goes down doesn't mean all the players are awful were close to going down and we have some decent players

He’s not just a workhorse he can actually play ball too, had a slight dip in form mid season but sure most players can do, I’d definitely take him

Why as #WHUFC fans are we handpicking players from the relegated teams? They’re part of the reason there teams are in same position as ours! We need and should expect better #whu

You're joking right?! His free kicks and corners are woeful. That's why Pritchard takes the now. Mooy has been rubbish since he came back from injury! He had a good first month or two but not good enough!

Surely the question is who they take off us and survive!!
Not looking good 

​​(You may also be interested in: ​Dates to Remember: When Every Huddersfield Town Player's Contract Is Due to Expire