Arsenal midfielder Alex Iwobi will reportedly sign a new contract with the Gunners this summer, stretching his stay at the Emirates Stadium beyond 2020.

Score Nigeria claim the 22-year-old will look to commit himself to the Gunners in the long term - with a source telling the website a deal should be finalised at the end of the season. It is unclear how credible the report is, but the outlet have a solid reputation for being the first on the scene to report developments involving Nigerian players. Despite having to often settle for a place among the substitute's, Iwobi has proved he is an important asset to the Gunners at times this season - scoring two goals and contributing six assists. The Arsenal youth academy product is able to play on either wing or in the hole behind the striker, making him a highly versatile option and important part of the squad.

Iwobi has earned 15 international caps for Nigeria, and is almost certain to go to the World Cup with the Super Eagles in June. The west African side have a tough group comprising of Argentina, Croatia and Iceland, but will feel confident of challenging for progression to the knock-out stages, given the crop of talented players emerging in their ranks. 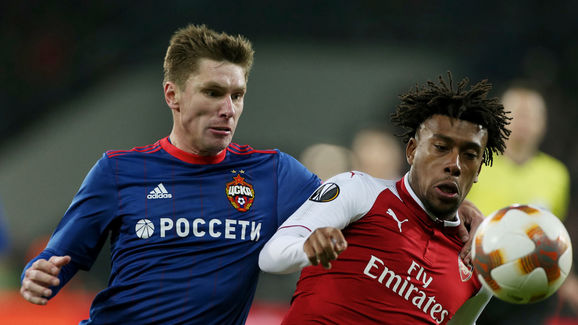 Meanwhile, Arsenal are believed to be moving closer to making their first signing of the post-Wenger era - ​with Freiburg's highly rated defender Çağlar Söyüncü being targeted in a £30m raid.seniorappearances