​Everton host relegation-threatened Southampton in their final home game of the season with the visitors desperate to secure a vital win to boost their survival hopes.

The Saints have three matches remaining to save their bacon and retain their ​Premier League status, but face an in-form Toffees team looking to end a poor season on a relative high.

Here's the lowdown on what's worth knowing ahead of Saturday's match: The duo's fortunes were in complete contrast to now in late November as Southampton thumped a sorry looking ​Everton side 4-1 on the south coast.

With different bosses in charge than present day - Mauricio Pellegrino and caretaker David Unsworth respectively - the Saints tore the Toffees apart after the scores were level at the break.

Gylfi Sigurdsson has equalised to cancel out Dusan Tadic's early opener, but Charlie Austin's brace shy of the hour mark and Steven Davis' late strike condemned Everton to yet another shocking loss in a season of misery at the time. 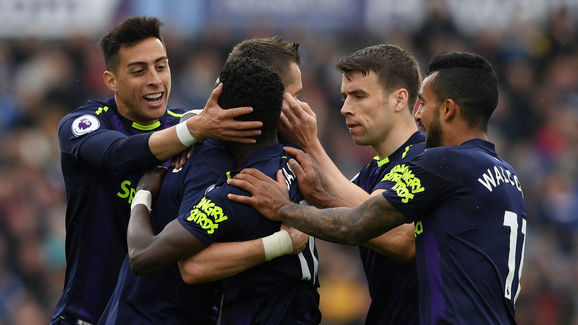 Everton head into the Goodison Park clash with only one defeat chalked up in the last seven, and on the back of a four-game unbeaten run.

Back-to-back wins over ​Newcastle and Huddersfield ended a three game run without a win, and have seen Sam Allardyce's troops rise to eighth in the league standings with two matches to play.

​Southampton handed themselves a huge lifeline in the battle against the drop with a massive 2-1 home victory over local rivals ​Bournemouth last time out - their first three point haul in the league since 3rd February.

That was their only their second league triumph since that demolition of this weekend's opponents late last year, and couldn't have come at a better time for Mark Hughes' charges. Allardyce will be unable to call upon his long-term injury quartet of Sigurdsson, Eliaquim Mangala, James McCarthy and Mason Holgate for the visit of the Saints.

Dominic Calvert-Lewin, however, may pass a late fitness test to be involved after a back injury forced him to miss the win over ​Huddersfield.

Hughes cannot select club captain Davis due to an achilles injury that is set to rule him out of the final few games of this term, but the Southampton gaffer has an otherwise fully-fit squad to choose from. It's been five seasons since this pair played out a draw in any competition, so you would expect someone to come out on top on Merseyside this weekend.

Southampton will be buoyed by their win in the south coast derby last Saturday, and will need a victory at Goodison to stand any chance of playing top flight football next term.

Everton, though, are in very good form and will prove a difficult nut to crack - the Blues having only conceded once in four outings.

A tense game that should see the hosts come out on top, but only just.