According to Bild, Klopp has twice tried to take Pulisic, who was drafted into ​Dortmund's Under-17 squad shortly before Klopp left Dortmund in 2015, to Liverpool. 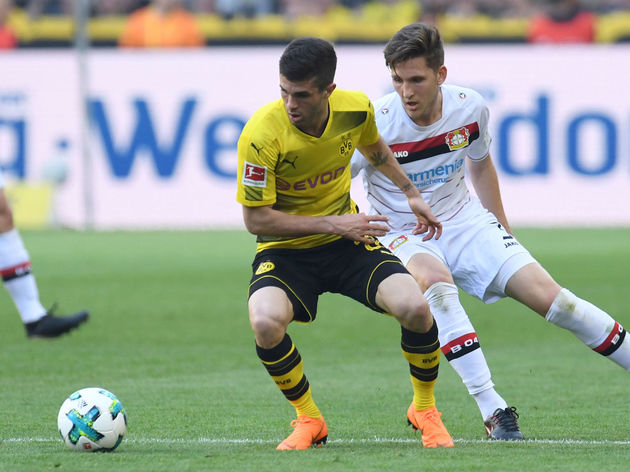 The 50-year-old is apparently unwilling to give up, although a deal would cost him as Bild put a figure of €60m (£53m) or more on any potential move. Whether ​Liverpool would want to pay that much remains to be seen, but the interest appears unlikely to drop.

Bild actually contacted Dortmund sporting director Michael Zorc for his take. Zorc revealed that he is in 'constant contact' with Klopp. But whatever those talks are about, it's apparently not Pulisic as the Dortmund official denied having any knowledge of a possible deal.

Keen Liverpool fans may choose to believe that Zorc isn't telling the whole truth. Or they may simply hope that one day soon Klopp formalises his long standing interest in Pulisic and brings up the subject as part of that 'constant contact' he has with former colleague Zorc. Nineteen-year-old Pulisic will not be going to the World Cup this summer after the United States failed to qualify for the first time since 1986, but he's enjoyed another promising year at club level.

The youngster has managed 12 combined goals and assists in 40 appearances in all competitions for the club this season, starting 25 times in the ​Bundesliga as Dortmund battle to secure Champions League football for next season.

He played a full 90 minutes in Champions League games against ​Tottenham and ​Real Madrid earlier this season, but a bout of illness ruled him out of the Europa League last 16 second leg against Red Bull Salzburg as Dortmund surprisingly exited the competition.