Borussia Dortmund look increasingly likely to hire Lucien Favre as their new coach this summer, taking over from Peter Stöger, who looks set to complete his mission in ensuring that Champions League will be played at Westfalenstadion next season.

Stöger succeeded the sacked Peter Bosz in December, having himself been fired by Köln just a few days earlier and it was always expected Dortmund would be looking in a new direction in summer. 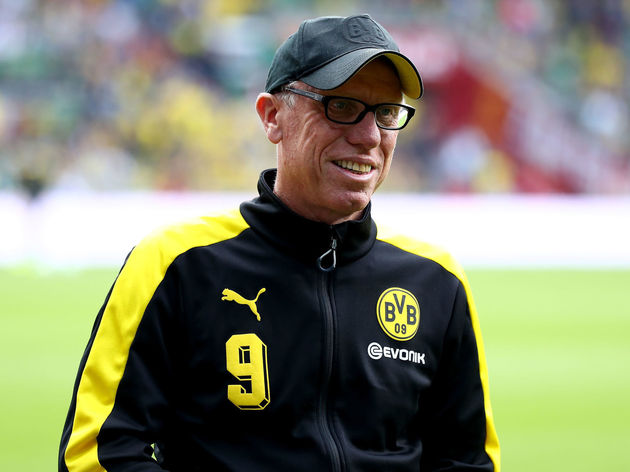 Favre, who has been with Nice since May 2016, has been linked with Arsenal this week.

But Ruhr Nachrichten reports that 'there are many indications that the new decision maker on the sideline [in Dortmund] is Lucien Favre'. The club won't make an announcement until the end of the season, however, seemingly in an attempt not to distract the team.

Stöger's Dortmund are currently third in the ​Bundesliga and hold a four point cushion over fifth place Bayer Leverkusen in the battle for Champions League qualification. For Favre, managing Dortmund would mark a return to Germany after successful previous spells with Hertha Berlin and Borussia Monchengladbach. Hertha played two seasons of UEFA Cup/Europa League football under the Swiss coach, while he qualified Gladbach for the Champions League.

Former ​Dortmund boss Thomas Tuchel, who left last summer shortly after DFB Pokal glory, has been tipped to succeed Unai Emery at Paris Saint-Germain. The ultimate goal in the French capital remains Champions League success, something that has yet to be delivered thus far.