​Barcelona almost had a remarkable reunion with former player Thiago Alcantara last year, according to reports in Spain.

​Mundo Deportivo has alleged that Barca's sporting director Robert Fernandez met the Bayern Munich midfielder in Paris after Thiago had featured in Spain's 2-0 friendly win over France, and the pair discussed the possibility of him making a sensational return to Camp Nou that summer.

Thiago was believed to be weighing up whether to leave the ​Bundesliga champions despite playing regularly for them under former manager Carlo Ancelotti, and a possible transfer back to his first club was floated by Fernandez. 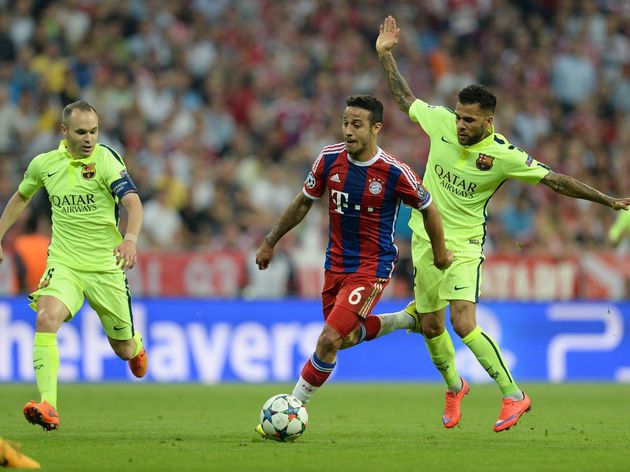 However, after the duo agreed to meet again over striking up personal terms before any concrete offer was made, Thiago opted to pen a new deal with ​Bayern that extended his stay at the Allianz Arena until the summer of 2021.

That new contract ensured that the 27-year-old's future was tied up - his previous deal having been expected to run out in June 2019 - and ended any chance of La Blaugrana enticing their La Masia academy product back to Catalonia.

Mundo's report does go on to state that Thiago may still be open to a move back to Barca in the future, however, as he still holds a place for them in his thoughts and could be attracted by the possibility of lining up alongside his brother with ​La Liga's 2017/18 winners.

Tweeted about it at halftime, but after a week where people doubted his quality, Thiago Alcantara stepped up and produced a brilliant performance in the home of his former rivals. Played Madrid's midfield off the park. Barely put a foot wrong. Didn't deserve to lose tonight.

That family reunion may be scuppered, though, if Italian side ​Inter opt to make 25-year-old Rafinha's loan switch to Serie A a permanent one in the summer.

Rafinha was loaned to the ​Serie A club in the January window after he complained about a lack of game time under Ernesto Valverde, and I Nerazzurri have the option to make his move permanent for around £35m.

​Barcelona would likely accept a bid in that region as they look to strengthen their midfield options ahead of next term, with the likes of Gremio starlet Arthur and ​Schalke contract rebel Leon Goretzka on their radar.