Liverpool survived an enthralling Roma fightback to reach the Champions League final where they will face Real Madrid, despite losing 4-2 to the Serie A outfit on Wednesday night in Italy.

As expected Roma started off with a surge of intensity and dominance as they ranked the pressure up to try and get a vital goal to start their comeback. Liverpool sat back, soaked up the pressure and bided their time. 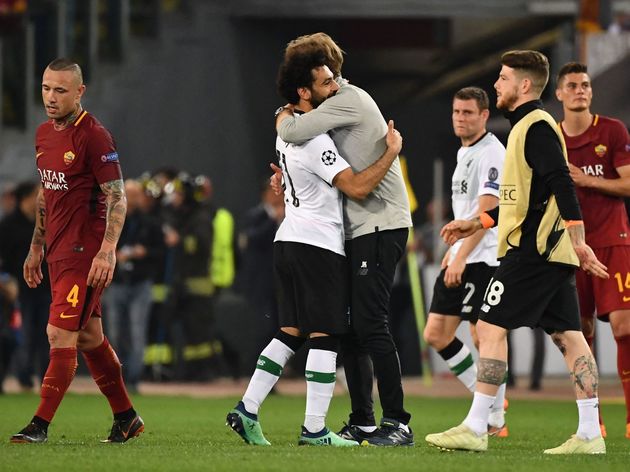 However, the Reds wasted no time once they received the ball. A Roma mistake in midfield proved costly for the hosts as the Reds hit on the counter attack and a perfect pass from Roberto Firmino followed by a beautiful finish from Sadio Mané saw the visitors take the lead in the first nine minutes.

Yet, that seemed to be just be the beginning of a wild first half as Roma clawed one back with the luckiest of goals. Dejan Lovren's clearance in the box unluckily hit James Milner's head and rebounded into the net for one of the most bizarre own goals you'll ever see.

If Liverpool's own goal gave Roma a glimmer of hope it didn't last too long. Jürgen Klopp's side showed no sign of letting the Italians back into the game. Liverpool's attack upped the ante to show their true ruthlessness. The Reds took the lead once again as some schoolboy defending from Roma allowed Georginio Wijnaldum to head the ball into goal. It was the ideal night for the midfielder to bag his first away goal for the club. Within just 25 minutes Liverpool had successfully managed to score twice to cancel out Roma's away advantage.

The first half's spectacular show of high intensity, power and pressure didn't end there. The game continued to see the ball being played from end to end with both teams showing no sign of hitting the brakes.

Soon a close chance came for the hosts as Stephan El Shaarawy's strike took a massive deflection of Milner to beat Loris Karius only to hit the post. Close, but not enough for the hosts. A heartracing first 45 minutes left Liverpool a half away from their eighth Champions League final and Roma dragging themselves to the dressing room, presumably to pray for another miracle.

And it appeared their prayers were beginning to be answered. Just seven minutes into the second half Roma managed to level the game again after a mistake from Trent Alexander-Arnold allowed the Roma attack to thunder into the box,

A goalkeeping blunder from Karius that gifted Roma the goal as the keeper parried the ball straight to Edin Dzeko who wasted no time in slotting it into the back of the net. 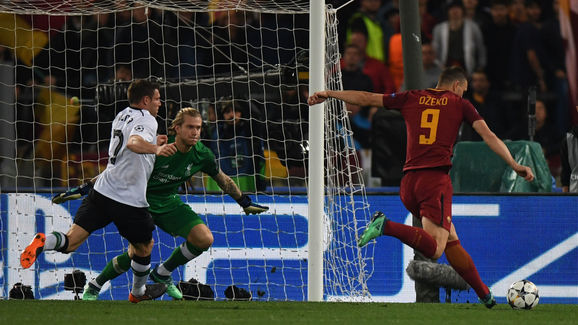 Roma came close again, however the hosts were denied a penalty after Alexander-Arnold controversially blocked the ball with his hand. Not long after, the Italian side turned the pressure on again as Dzeko fired just wide of the goal. Liverpool were doing everything they could to hold back the Roma attack, however the Giallorossi seemed to be inching closer and closer.

The Roma comeback seemed to be on. With only four minutes left to play, Radja Nainggolan sent a tremendous strike from outside the box streaming past Karius, who thought it had gone wide. With mere seconds left, Roma were awarded a penalty which Nainggolan swiftly put away to bag his second goal of the night. However, it was too late for the Romans to begin dreaming of a Champions League final as the final whistle blew moments later.

The comeback was on but it came just too late for Roma to pull of another miracle. They may not have done it the easy way but after the most uncomfortable 45 minutes of their careers, Liverpool left the pitch as Champions League finalists, ready to play Real Madrid later in May.