After Fellaini scored a dramatic stoppage time winner against ​Arsenal at the weekend, United manager Jose Mourinho had said that a new deal for the Belgian was 'almost there'.

But Fellaini told Belgian outlet Sport/Voetbalmagazine that he asked Mourinho for a new deal 'last year' and claims that he now has the power because the club are desperate to keep him.

And should he join another club for free, whether it be in England, Turkey, France or China, the 30-year-old says that replacing him in today's market would cost United at least €50m (£44m).

"The entire staff is doing everything to make me stay," he said. 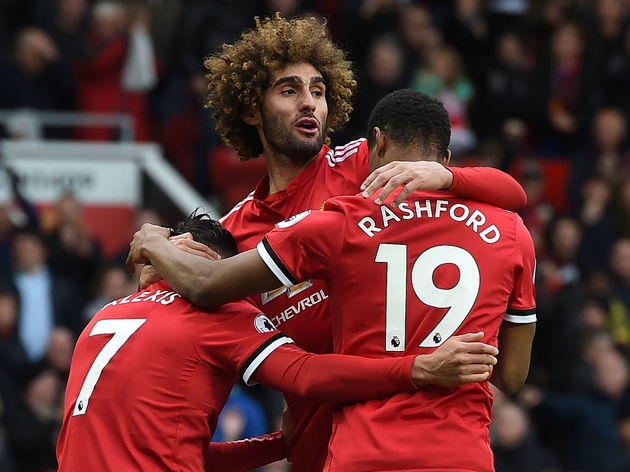 "Last year I went to the coach and said that I wanted a new contract. I then had a second meeting, but I will not ask ten times. Afterwards I became important for the team - a good player costs at least €50m. The club knows that they went wrong there."

Fellaini admitted that leaving United is a possibility, although he is also happily settled at the club and sees no reason to change if something can be worked out.

"I am open to everything. I would not have a problem with life in China. I love to discover other places and other cultures," the player explained. "I am now 30 years old, at the end of a contract and negotiating with Manchester United. There are several clubs that show interest. I'm waiting for what's going to happen.

"Maybe [I could leave], but you cannot forget that I play for one of the biggest clubs in the world. That is going well, I know my teammates and the staff perfectly, everyone respects me. Why change? But it does not make any sense to anticipate things.

"I am very comfortable at the moment."