W90
WorldNews
Lists
Next Article
Which club has the most players at the 2022 World Cup?

​Bayern Munichpart he played in his side's Champions League exit

Ulreich has been an understudy to Manuel Neuer since his arrival at the club but has had a big role to play this season, thanks to an injury to the first choice shot-stopper. He has provided more than capable cover for Neuer, but endured a nightmare in arguably the most significant game of his career.

Ulreich’s side trailed Real Madrid 2-1 from the first leg, but began this game in fine fettle with a goal in the third minute. Having already been beaten by Karim Benzema the game was tightly poised at 1-1 when Ulreich’s gaffe handed Madrid the ascendency shortly after halftime.

The 'keeper appeared to go to collect a simple back pass from Thiago with his hands before realising his mistake. The German quickly adjusted his body in an attempt to clear the ball with his feet but was unable to make contact with it.

The ball rolled past the stranded keeper and into the path of Benzema for him to add his second, with one of the easiest goals he’ll get all season. It would prove to be the decisive goal as Bayern could only equalise, losing the fixture 4-3 on aggregate. 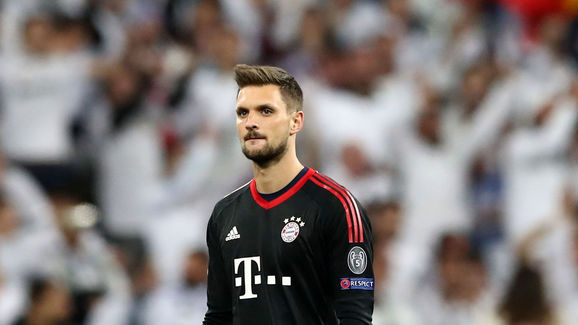 Ulreich cut a dejected figure after his error and has now taken to Instagram to apologise to the fans and the club.

"Words can't describe how disappointed I am for being knocked out, we desperately wanted to reach the final and we gave our best and then this needless mistake happens to me. I can't explain it. I'm sorry for my team and for you fans." (translated by Goal)

Ulreich received words of support from Bayern’s official Instagram account as well as several of his teammates and other professionals.