The game ​ended in a 2-2 draw, which was enough to see Real Madrid progress on aggregate, but Bayern only needed one more goal to swing the tie in their favour and see them progress on away goals.

The most controversial moment of the match came towards the end of the first half, when Marcelo used his hand to block a shot from Bayern's Joshua Kimmich inside the box. 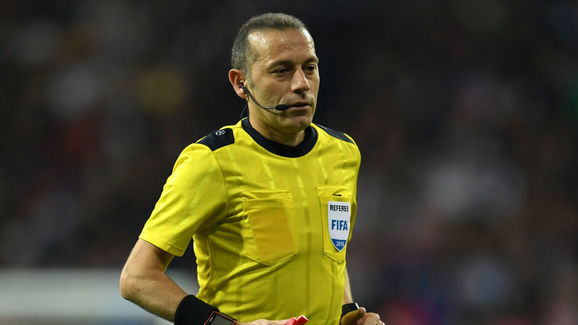 The score was 1-1 at the time of the incident, thanks to goals from Joshua Kimmich and Karim Benzema, so a goal at that point of the game could have been a crucial turning point in the tie.

Benzema scored after the break after a howler from Sven Ulreich. James Rodriguez pulled one back for Bayern, but it was not enough for them to progress to the final in Kyiv.

Despite missing the match through a hamstring injury he picked up in the first leg, Bayern defender Jerome Boateng aired his anger on Twitter after the match.

'No penalty?!?' he wrote, "Come on..." followed by an angry emoji to prove his emotions, as if we hadn't clicked already.

Arturo not holding back tonight..... pic.twitter.com/LvhJZIt9Ts

'Again!!!' he wrote, above a picture of Marcelo handling the ball. Below the image he followed with 'Criminal shit' and 17 red-faced angry emojis.

He followed up with another picture, this time of Real Madrid celebrating at the final whistle, with the caption: 'Rats' and another 10 red-faced angry emojis.

The raging pair are unlikely to consoled by Marcelo's admission that Bayern should have been awarded a penalty for his handball. ​The Brazilian left back candidly conceded the ball hit his hand but insisted Real Madrid have had their own problems with referees.

Los Blancos subsequently progressed to the final of the competition in Kyiv, where they will face either ​Liverpool or AS Roma.