The Gunners had been heavily linked with ex-​Barcelona coach Luis Enrique, with names such as Carlo Ancelotti, Diego Simeone and Joachim Low also in the frame.

But a claim from the Daily Mail that even matching Wenger's £8.5m annual salary is more than the club is willing to spend will rule out Enrique, who is said to be chasing £15m per season.

Budget constraints would appear to be a problem, with rumours towards the end of last month suggesting that the summer transfer kitty will total just £50m unless players are sold.

A reduced salary will force ​Arsenal to go for the less well known managerial choices. That could mean former club captain Patrick Vieira, currently in charge of New York City in MLS, or another ex-skipper in Mikel Arteta, now an assistant to Pep Guardiola at ​Manchester City. Meanwhile ​the Telegraph speculates that Arsenal could opt for a cheaper and younger 'head coach' style appointment to work under Sven Mislintat and Raul 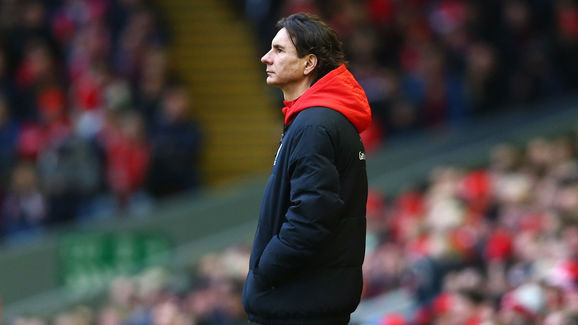 It also lends further weight to the speculation surrounding an approach for ​Liverpool assistant coach Zeljko Buvac, with a story originating from his native Bosnia that the 56-year-old long time friend and colleague of Jurgen Klopp has already 'arranged everything' with the Gunners.

With no managerial appointments behind him since leaving lower league German club Neukirchen in 2001, Buvac's salary demands would be much, much lower than the likes of Enrique and would therefore fit with Arsenal's expected budget.

The Arsenal presence of ex-​Borussia Dortmund scout Mislintat, who worked with Buvac alongside Klopp so successfully in Germany, could prove decisive this summer.