​With Liverpool 90 minutes away from their first Champions League final since 2007, the refereeing appointment for their semi final second leg against AS Roma has caused quite a stir.

Slovenian referee Damir Skomina is set to take charge of the clash at the Stadio Olimpico on Wednesday, although his previous record when refereeing the Anfield side could be an ominous sign for them.

As reported by the ​Liverpool Echo, Jurgen Klopp's side have lost all three games in the Champions and Europa League that Skomina has officiated.

The dismal run first began in 2009, as Fiorentina beat Rafael Benitez's Liverpool 2-1 at Anfield during the Champions League group stage, before the Slovenian oversaw their 1-0 defeat in normal time to Besiktas in the last 32 stage of the 2014/15 Europa League, eventually exiting the competition on penalties.

Skomina's most recent match officiating Liverpool came a year later in the 2015/16 Europa League semi finals, as Klopp's side lost the first leg of their tie to Villarreal 1-0, before beating the Spanish side 3-0 in the return leg. 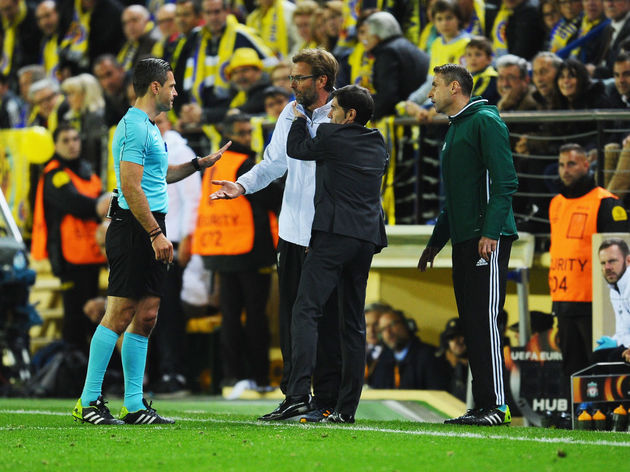 AS Roma however haven't fared much better when Skomina has officiated their games, failing to win either time he's been in charge; losing 3-2 to Panathanikos in the 2010 Europa League and drawing 3-3 with Chelsea in the group stage of this season's Champions League.

Should Roma reach the final in Kiev, they will need to muster up an identical performance to their quarter final second leg against Barcelona with a 3-0 win, while Liverpool hope the 5-2 aggregate lead from the first leg is enough to see them through.