Roma manager Eusebio Di Francesco has revealed that a key player will be missing from his team for their Champions League semi final second leg against ​Liverpool on Wednesday.

Dutch midfielder Kevin Strootman will not be involved at the Stadio Olimpico, having suffered a leg contusion in the final minutes of the first match last week. He missed Roma's weekend win over Chievo and Di Francesco confirmed that he is unlikely to recover on time.

“As for injury news, unfortunately it’s hard to see Kevin Strootman being involved," said the Roma boss, as quoted by ​Calcio Mercato. 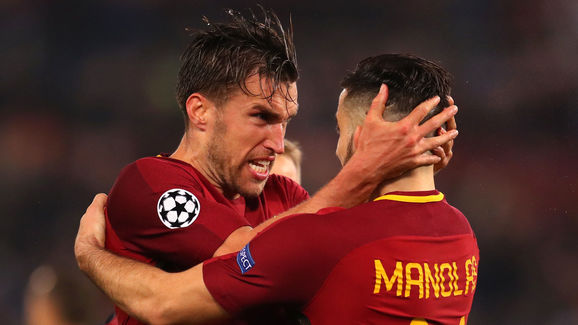 Roma went 5-0 down at Anfield last week, but late goals from Edin Dzeko and Diego Perotti gave them a glimmer of hope ahead of Wednesday's second leg. The Giallorossi came from three goals behind to stun ​Barcelona in the last round, and Di Francesco called for a repeat performance this week.

“I’ll weigh things up today as far as the line-up goes. Our approach will have to be spot on both defensively and in attack.

“We’re playing a Champions League semi-final in front of 70,000 people – you should expect to see a team ready to compete. I want to see an eagerness and desire from the players to overcome this challenge.”

It will be the first Champions League game this season that Strootman has missed. The Dutchman has played some part in all of Roma's fixtures and hasn't missed a minute of knockout stage action so far.

Roma will take heart from Liverpool's trip to Sevilla in the group stages of this year's competition, when the Reds threw away a three-goal lead to draw 3-3 in Spain.