'He Will Stay With Us': Bayern Munich CEO Adamant That Robert Lewandowski Will Remain in Bavaria

​Bayern Munich CEO Karl-Heinz Rummenigge is adamant that star striker Robert Lewandowski will remain at the Allianz Arena beyond this season, according to ​Kicker.

The Poland international has been repeatedly linked with a move to Los Blancos in recent weeks after yet another fine season for Die Roten, scoring 38 goals in 43 appearances this campaign.

Despite persistent rumours touting a possible move to Madrid, Rummenigge has rubbished reports that Lewandowski will leave this summer, insisting that the 29-year-old will be staying in Bavaria. 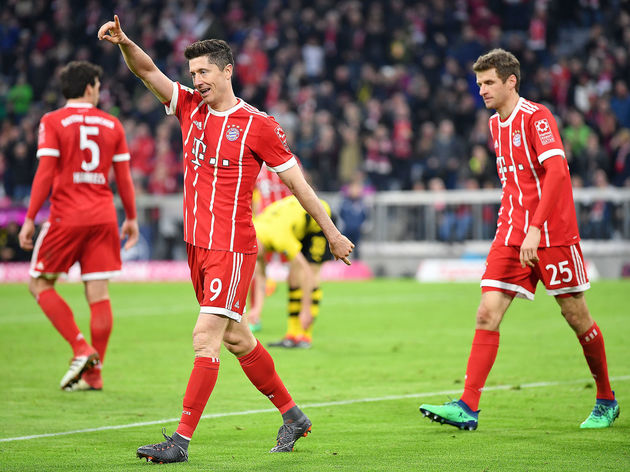