Benteke was initially left on the bench for Saturday's 5-0 thrashing of Leicester as manager Roy Hodgson preferred to use wingers Wilfried Zaha and Andros Townsend as an attacking duo. 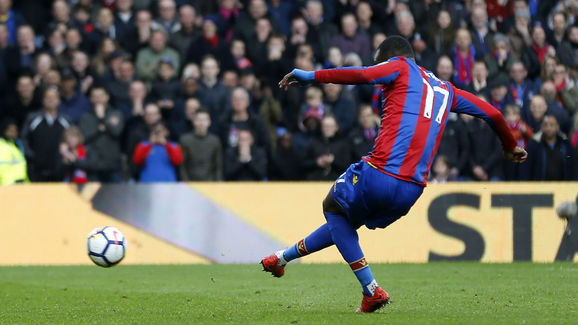 Benteke later came off the bench to score during a brief cameo in the closing stages, but it was only his third ​Premier League goal of the season in his 29th appearance.

The general lack of goals, compared to 15 he netted in the league last season, has led to speculation that he may not have much of a future with Palace.

"I'm under contract until 2020, so I want to stay here. I'm going to speak to the chairman and the club about what they want to do with me," the 27-year-old is quoted as saying by Sky Sports.

"At the end of every season, you have to speak, to see the plan for the next season. To speak, to see what they want to do with me. They saw the best of me last season, and I wanted to do even better this season, but it didn't work like that and I will go again next season," he added.

"The [squad is] behind me because they know that it's not the best time for me, and it's the first time I've been through this hard time without scoring. They wanted to give me a big boost."

Benteke was a £27m club record signing from ​Liverpool in the summer of 2016. The best single season league goal tally of his career to date remains the 19 he scored in his debut campaign for ​Aston Villa back in 2012/13.