After it was initially reported that Buvac had quit Anfield, ​Liverpool quickly publicly denied the speculation, insisting he has been granted a temporary leave of absence for personal reasons. 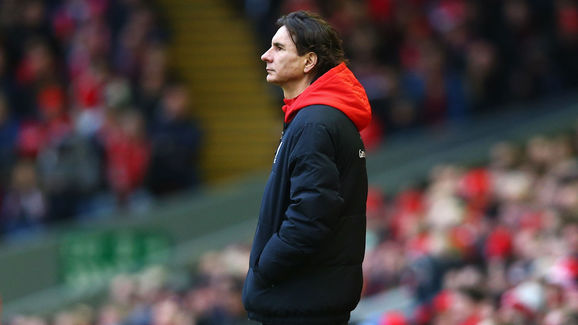 Arsenal, meanwhile, have been heavily linked with coaches likes Patrick Vieira, Brendan Rodgers, Joachim Low, Luis Enrique and others to fill the void that will be left when Wenger steps down at the end of the season. Buvac has not been mentioned, until now.

As Sport Witness points out, the reason that the story from Pravda BL deserves to be taken seriously is that the outlet was hot on the news that Jurgen Klopp, accompanied by long time friend and colleague Buvac, had agreed to become Liverpool manager back in October 2015.

Nicknamed 'The Brain', Buvac, a Bosnian hailing from the town of Omarska, is deemed a local hero overseas by Pravda. He has known Klopp since 1992 when they played together at Mainz. Pravda claim that Liverpool's version of events surrounding Buvac's expected return to duty in due course following his sudden absence at Anfield on the eve of facing Roma in the Champions League semi final second leg is not exactly true.

It is said that Buvac, who worked with Gunners Head of Recruitment Sven Mislintat at Borussia Dortmund, has 'arranged everything' with ​Arsenal. The Bosnian outlet promises that more details will be known after the 56-year-old recharges his batteries back home in Omarska.

Wenger replacement madness has reached its peak. Pravda BL, who broke Klopp's move to Liverpool, claiming that Zeljko Buvac's absence from Melwood is him preparing to take over at Arsenal https://t.co/stX19DKZUW

Buvac has worked ith Klopp since 2001, serving as assistant manager at Mainz and ​Dortmund before arriving in England two-and-a-half years ago. His only experience as a manager came at tiny German club Neukirchen where he finished his playing career.

If true, would this be a shrewd move from Arsenal, or an enormous gamble?