​Brendan Rodgers' chances of landing the Chelsea managerial position have been dealt a blow over the Blues' anger of his handling of their stars currently on loan at Celtic.

The Northern Irishman has emerged as a potential successor to Antonio Conte this summer if the Italian is let go by ​Chelsea, but the ​Telegraph has reported his chances are in jeopardy due to a reluctance to play midfield loanee Charly Musonda.

The Chelsea starlet was sent north of the border to play the regular first team football he requires to show his worth to the 2016/17 ​Premier League champions, but the 21-year-old has only featured eight times since he joined the Hoops on an 18-month loan in January. 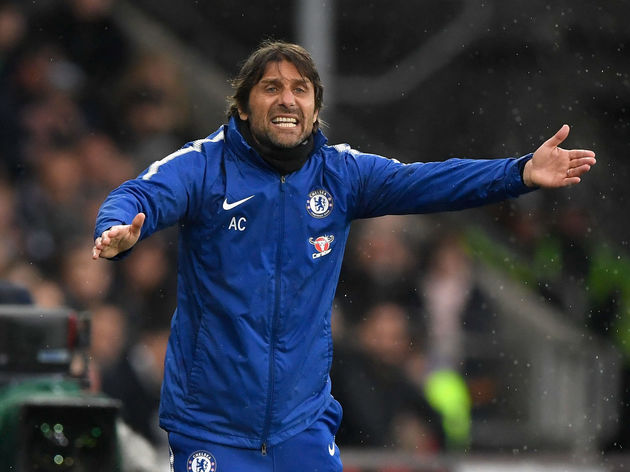 Musonda is supposed to remain at Celtic Park until the summer of 2019 but, with the Londoners extremely aggrieved at his handling, Chelsea could look to recall him in the summer to send him elsewhere.

Musonda wasn't even part of the 18-man matchday squad during last weekend's 5-0 thrashing of bitter rivals Rangers - a result that saw Celtic crowned the Scottish Premiership champions for a seventh successive season.

And that appears to have been the final straw for Rodgers and his treatment of the attacking midfielder, with the potential repercussions looking likely to put paid to his chances of landing the Stamford Bridge post. (You may also be interested in: ​Chelsea Target's Agent Hints Summer Move Could Hinge on Blues' Champions League Qualification)

Rodgers worked in west London as a youth coach before he took up his first senior managerial position at Watford in November 2008 and was still highly thought of among the club's hierarchy.

But the treatment of Musonda and other loanees such as Victor Moses whilst he was in charge of ​Liverpool and Josh McEachran when at ​Swansea City have left Chelsea wondering if he should be considered as a viable option to possibly replace Conte in the dugout.

Conte is believed to be on the chopping block after his public slamming of the club's transfer policy and his comments earlier this term about wanting to head back home. Rodgers, alongside Luis Enrique and Maurizio Sarri, is thought to be the most likely to replace the 48-year-old if he does leave.