Liverpool winger Mohamed Salah could potentially withdraw from the Egypt squad for this summer's World Cup - unless an acrimonious dispute between the player and the Egyptian FA is speedily resolved.

​According to the Liverpool Echo, Salah and Ramy Abbas, who is both his lawyer and his agent, are furious that the ​Liverpool man's image is prominently displayed - without his consent - on the Egypt national team's official plane. 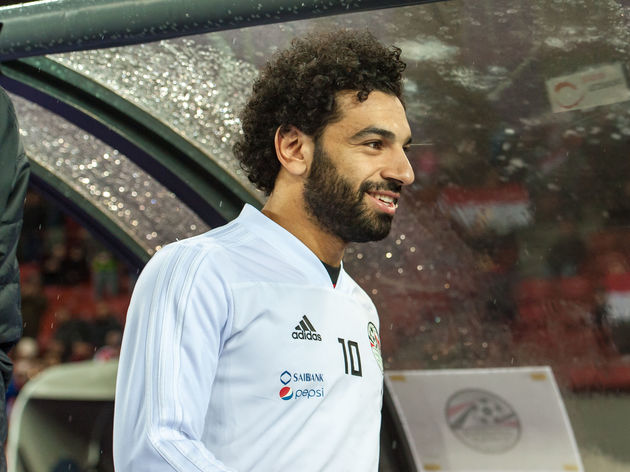 This is problematic for Salah because he already has a sponsorship deal with telecommunications company Vodafone, while the Egypt national side are sponsored by their rivals WE.

Abbas insists: "They are not allowed anything without having obtained express written permission from the owner of the rights."

We have not even been contacted for a resolution! Nothing! Complete silence! What's the plan?! We just see more and more billboards and ads coming out which we have never authorised! What effect do they think this is having? A good one?! Anyway, time is of the essence...

However, the Egyptian FA have so far refused to remove Salah's image from the plane. Their inflexible response - or rather, lack of response - has been met with anger and frustration by Salah, who tweeted:

"Unfortunately the way to deal with it is a very big insult... I was hoping the deal would be classier than this."

Although it would be a major shock if the PFA Player of the Year actually withdrew from Egypt's World Cup squad in protest about the Egyptian FA's conduct, Abbas has previously claimed that 'all options are on the table'.

He has also stressed that the dispute between the player and Egyptian football's governing body is 'a very serious issue', as well as tweeting:

Egypt fans and neutrals alike will be desperate for both sides to reach a satisfactory resolution before the start of the World Cup in June, as both Egypt and the tournament as a whole will surely be poorer without Salah, who has netted 43 goals for the Reds this season.