​Liverpool forward Roberto Firmino has ended speculation over his future by penning a new long-term contract at Anfield.

The Brazilian forward, who joined the Reds from Hoffenheim in 2015, has scored 50 goals in 140 appearances, helping his side forge a reputation as one of the most feared attacking sides in European football.

“Everything fits in the best possible way. My teammates are fantastic and I am very grateful to be able to play with them at this club.

“I love to play for Liverpool FC. The fans are excellent and fantastic in how they support us all the way. They support us throughout the games and the work they do during the match is beautiful.” 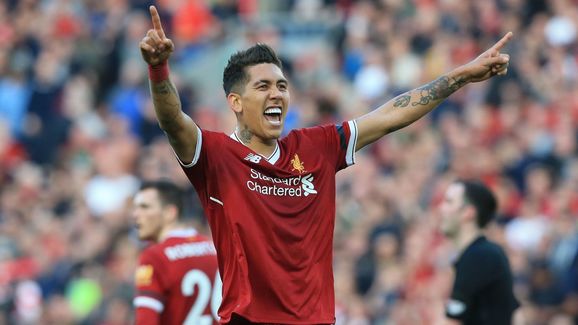 The 26-year-old has been in exceptional form this season, scoring 27 times in 48 appearances in all competitions, helping fire ​Liverpool firmly into this season's ​Premier League top four.

News of Firmino's new deal will provide a timely boost for Liverpool ahead of their Champions League second leg tie with Roma on Wednesday, with the Reds holding a healthy 5-2 advantage after last week's clash at Anfield.