Arsene Wenger has insisted that he does not regret taking the opportunity to manage Manchester United when the job was offered to him back in 2001.

Wenger met with the United chairman on a number of occasions during that period and despite showing 'a little bit of interest' according to Edwards, he ultimately remained loyal to the Gunners. Ferguson delayed his retirement and spent another 12 years in charge, eventually leaving the club at the end of the 2012/13 season. 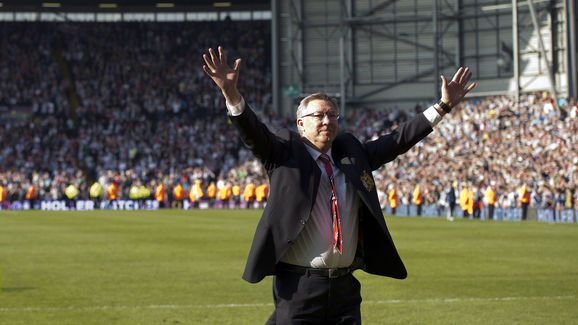 Speaking at his pre-match pres​s conference ahead of Sunday's visit to Old Trafford on Friday, Wenger said: “No, ​Arsenal is the love of my life. I’ve turned many, many clubs down to stay here.

“Yes, I speak to everyone and yes I met Martin Edwards. Many people came to see me in my home but I was always loyal to this club.”

Wenger takes his Arsenal side to Old Trafford to play​ Manchester United for the final time on Sunday, and has had a number of memorable moments at the Theatre of Dreams during his 22-year tenure at Arsenal. Wenger's visits to Old Trafford are often eventful and there has been plenty of controversy over the years.

United - Arsenal is the

He quipped: “I got always a very good reception!