As reported by the Sun, the Hammers had the opportunity to sign the 31-year-old at the end of the current campaign, but his inconsistent form has seen any hopes of the club agreeing to the deal fade away. 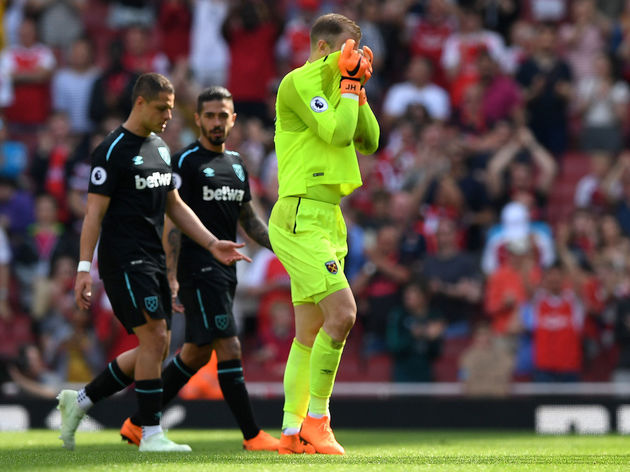 The two-time Premier League winner has made a series of high profile errors for the Hammers this season, and was dropped for a three month spell after continually landing his side in trouble with his erratic keeping.

Hart will be desperate to retain his place in the England squad for this summer's World Cup in Russia, but will be aware that his struggles for the east London side will have put a dent in his hopes. England boss Gareth Southgate is still believed to be a keen admirer of the 6'5 stopper however, and values that player's experience in international competitions. Hart could well claim the third goalkeeping spot in the World Cup, as a tried-and-tested backup choice should his younger contemporaries struggle under the immense pressure in Russia.

The Hammers meanwhile are thought to have joined Everton and ​Leicester City in the race to sign Middlesbrough centre-back Ben Gibson. The 25-year-old has played a pivotal part in his side's push for promotion this season, and could be available for around £20m if Boro are unable to haul themselves back into the ​Premier League.