Despite picking up three points against ​Swansea on Saturday evening, Antonio Conte expressed his unhappiness at his sides lack of clinical ability in front of goal. Chelsea had 11 shots on goal, and only three of them hit the target.

Cesc Fabregas scored the games only goal, as ​Chelsea triumphed over Swansea in South Wales. Conte's side now sit in fifth, two points behind Spurs, in their attempts for Champions League football.​

50 - Antonio Conte has now won 50 of his 73 Premier League games as manager; only Jose Mourinho (63) and Pep Guardiola (69) reached 50 wins quicker in the competition. Esteemed. pic.twitter.com/aUVGhHfN5p

"We were very good defensively and it's important for us to take three points with a good win. 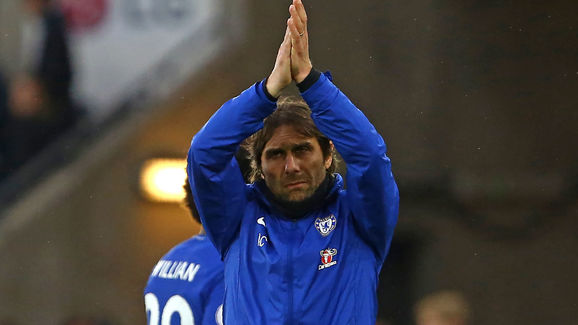 "The big problem that we are having this season in many games is that we create many chances to score but we don't take them. If we want to fight for something important you must be clinical.

"If you don't kill the game then it's normal for the other team to push. Our expectation was to play a tough game against a good team looking to avoid relegation."

A key win for @ChelseaFC moves them within 2 points of the top 4 in the #PL pic.twitter.com/DzIUk0eIqY

After this victory, ​Chelsea have all but secured, at the very least, Europa League football in fifth. However, Conte reminded us that his clubs aim is the top four, and this victory has put them with a positive chance of achieving this goal, however, Spurs still remain in charge of their destiny.

He added: "They only way that we have to put a bit of pressure on the top four is to win. Today has been very positive to put that pressure on ​Tottenham. Football is not simple and anything can happen."