​Sam Allardyce has hailed the 'excellent' attitude of his Everton stars after their routine 2-0 victory away at Huddersfield Town.

The Toffees downed the relegation-threatened Terriers with goals from Cenk Tosun and Idrissa Gana Gueye in either half, and Allardyce told the club's ​website that the strikes and three points had been just reward for his team's display.

The win saw ​Everton edge four points ahead of ninth-placed ​Leicester City in the ​Premier League table, but Europa League qualification is still an almighty task for the Blues in the final few weeks of the campaign. 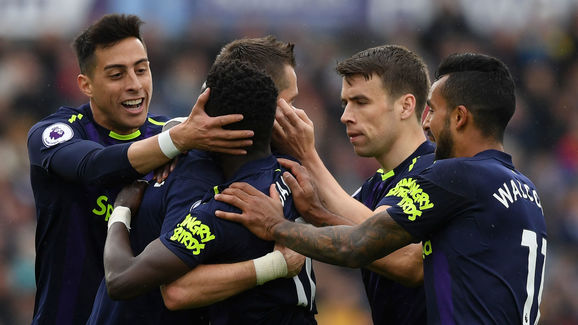 Nonetheless, Allardyce was pleased with his team's showing and backed them to continue a run that has seen them lose just once in the past seven league fixtures.

He said: “The effort from our players has been fantastic. We’ve got 14 points from our past seven games now.

“When you hit that safety mark it’s very easy for a player to think about his holidays and switch off but our players continue to strive forward. We are pushing ourselves up the league. We’ve sat in top half of the league nearly the entire time I’ve been here and that really is all down to the players’ efforts from day one.

(You may also be interested in ​Huddersfield 0-2 Everton: Terriers' Relegation Fears Return After Home Defeat to Toffees)

“While we have had our moments in between where it hasn’t gone how we wanted it, we’ve certainly bounced back. Myself, my staff and my players are trying as hard as we can.

“It was an excellent performance over the 90 minutes. The players’ quality shone through in the end and our performance as the game went on got stronger and stronger.

“Our ability to cope with ​Huddersfield on what they had to throw at us saw us nullify them by the quality of our defending, and then the way we took the two goals and the quality of the finishing was excellent. We really could have had more in the second half after creating the better chances.”