​Liverpool fans have urged their club to pass up on Stoke City goalkeeper Jack Butland after his display at Anfield on Saturday.

While the Englishman did keep a clean sheet in the ​0-0 display, his performance left a lot to be desired and he was shockingly let off by the prolific Mohamed Salah at one point, with the PFA Player of the Year squandering an easy opportunity. 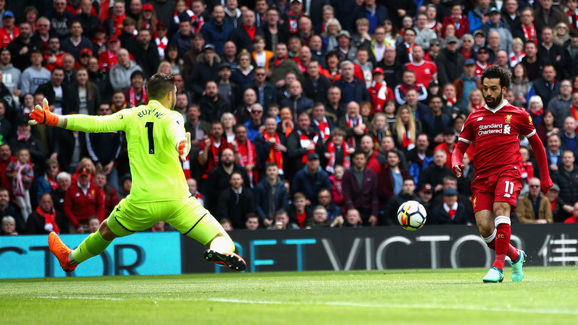 The Reds have been linked with

Avoid Jack Butland. Has been awful today. Not racing out to meet Salah one on one and spilling the ball at the edge of the box. #lfc

#Butland not having a great audition at the moment!! #lfc

Cant wait for Butland to become a Liverpool player, if we somehow can convince Mignolet to stay, we will have a trifecta of averageness at GK #LFC

Imagine saying you're a Liverpool fan and wanting us to sign Butland. The guy is completely useless. #LFC

I’d rather not buy Jack Butland this summer #LFC

Do we still want to sign Butland after this??? #LFC

can y’all change your mind about Butland (if true) pls @LFC?? #LFC #YNWA

​​With Stoke very unlikely to remain in the ​Premier League this season, Butland should be on the move in the summer. Left to ​Liverpool fans, though, he won't be wearing their strip next term.