Southampton piled pressure onto relegation rivals Swansea City with a 2-1 victory over Bournemouth on Saturday afternoon in the south coast derby.

Both sides made bright starts to the game, with ​Bournemouth coming closest to finding an opener during the first exchanges as Southampton defender Jan Bednarek nearly directed a Bournemouth cross into his own net.​

That would turn out to be Bournemouth's best chance of the first 30 minutes though, as Nathan Redmond started to get on the ball more, giving ​Southampton some impetus going forward.

It came as no surprise, therefore, when Redmond was at the heart of Southampton's opener which originated from a Bournemouth corner. The Saints managed to clear at the first attempt and countered against Bournemouth's one defender back. Redmond was able to release Mario Lemina from the clearance who drove forward before laying the ball off to Dusan Tadic who finished across Asmir Begovic to give the Saints a vital lead. 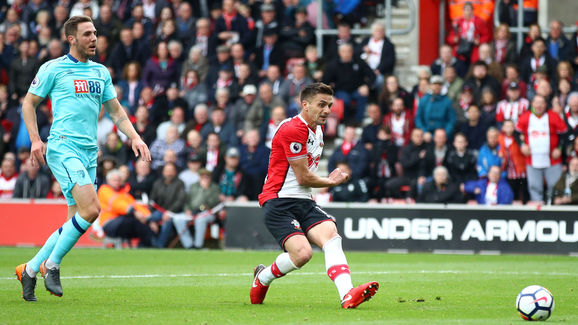 Bournemouth began to show more promise after going behind, and Nathan Ake came close after turning in the box and firing straight at Alex McCarthy.

The Cherries found an equaliser right before half-time, managing to convert their own corner this time, as a header towards the back post found Josh King in acres of space and he had no difficulty in guiding the ball into the roof of the net on the volley.

It took Southampton less than 10 minutes to regain their lead after the break. A long clearance from Alex McCarthy was poorly controlled by Steve Cook and Tadic latched onto the loose ball, burst forwards and took advantage of Bournemouth's defenders backing off to toe poke a finish into the bottom corner. The Serb was once again proving the difference.

Tadic, already with two goals to his name, began to run the show, creating chances for Ryan Bertrand and later, Charlie Austin. The latter could only fire into the side netting after a wonderful back heel from Tadic had set him up. 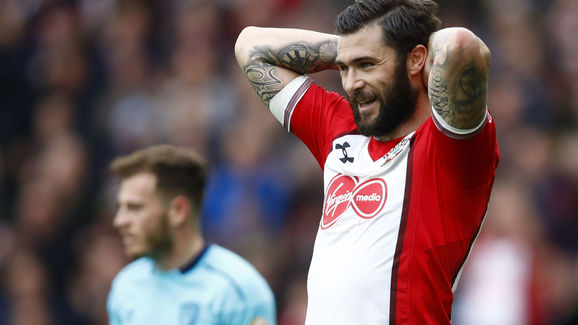 Southampton prevented Bournemouth from creating too many clear cut chances until the final ten minutes where Saints fans would have goalkeeper McCarthy to thank for preventing what looked like two certain goals.

McCarthy's first crucial stop in the closing minutes was from Ryan Fraser, the goalkeeper getting down well to stop a fiercely struck drive. Fraser would be denied once again by the superb McCarthy just minutes later, as his deflected effort looked destined for the top corner, only for McCarthy to stick out a hand and claw the ball away. It was heart in mouth stuff for Southampton fans.

The result gives Southampton fans major hope that they could retain their ​Premier League status, with the Saints now just one point behind fellow strugglers ​Swansea.

Here's your #SaintsFC side to face #AFCB in the #PL this afternoon: pic.twitter.com/N8cq6srBbY

 Headline team news from St Mary's ahead of #SOUBOU in the @premierleague...