​​Crystal Palace all but secured their Premier League survival with a comfortable win over a Leicester side who look like they are already on their holidays on Saturday.

Both sides named full strength line ups for the game and would have both been hoping to get three points to help finish the season strongly. Palace came into the game with the added incentive that their Premier League status could be confirmed with a win.

​Leicester, meanwhile, have seen their form falter of late and this has led to suggestions that ​Claude Puel may be fighting for his managerial life at the King Power, with the board reportedly not pleased with finishing ninth after such a promising mid season. 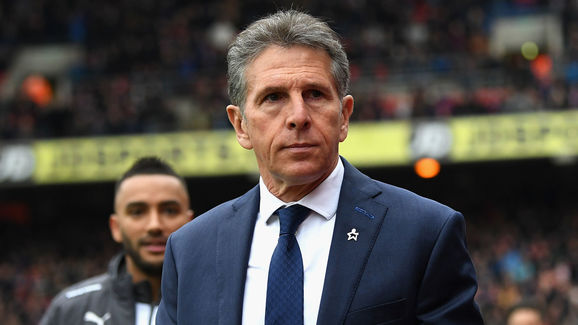 The game started as many would have expected. An open, free flowing affair made for a great first half and it was not long before the first chances for both sides went begging.

James Tomkins had a header cleared off the line after a dodgy Ben Hamer punch before moments later clearing off his own line, preventing Jamie Vardy bagging his 18th league goal of the season.

It did not take long for the deadlock to be broken after this and in the 16th minute, a wonderfully worked Palace move was finished off by the instrumental Wilfried Zaha. The Ivorian has been crucial for the Eagles since returning from injury and was heavily involved in Palace's second goal in the 37th minute. He played a clever ball across the box which allowed McArthur the space to swivel and finish sublimely into the bottom corner to double the lead.

Leicester made a double change at half time in an attempt to change the game and were forced into a third change just after half time Wilfred Ndidi was forced off. Although Leicester posed more of a threat after this, any hope of a comeback looked to go when Marc Albrighton was sent off in the 56th minute.

A long pass over the top sent Zaha galloping through before he was pulled down by the Leicester midfielder and after consulting with his assistant, referee Mike Dean gave Albrighton his marching orders.

56: RED CARD! Albrighton is sent off for pulling down Zaha when he is through on goal!

Much of the game's pace seemed to dwindle after the sending off, and it seemed that if any more goals were to be scored they would go to Palace and this was the case.

Their second half dominance paid dividends in the 81st minute, when Mamadou Sakho played a beautifully threaded ball to release Ruben Loftus-Cheek, who did well to go round Hamer and slot into an empty net.

Just minutes later, Patrick van Aanholt added a fourth for Palace when a Hamer block fell to him just outside of the area and he provided a curled finish into the bottom corner to put the game well beyond Leicester.

It got even worse for Leicester with just two minutes to go when Harry Maguire sent Christian Benteke crashing to the floor and a penalty was awarded. Benteke was given the honours and tucked it away to give Palace their biggest ever ​Premier League victory.

The win means Palace need just one point to secure their Premier League status for next season. Leicester and Claude Puel however are in for an uncertain future after an embarrassing afternoon at Selhurst Park.