Huddersfield Town's hopes of staying in the ​Premier League have taken a hit after Everton secured a 2-0 victory in Yorkshire.

Strikes from Cenk Tosun and Idrissa Gueye settled an encounter that was starved of quality, and ensured that the Terriers must get something from their last three games to stave off their relegation fears.

The Toffees, meanwhile, have now gone three matches unbeaten on the road - form which will help Sam Allardyce's cause in remaining manager next term. 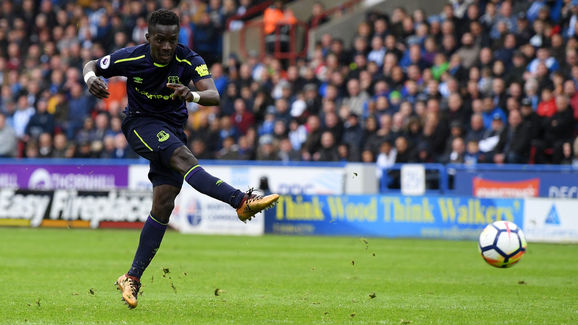 ​A tepid opening 20-minute period was only punctuated by a deflected Steve Mounie shot that Jordan Pickford held with ease.

Terence Kongolo and Wayne Rooney traded shots that went off target but neither side was finding the right pass to punish their opponents.

Rajiv van La Parra fell under a challenge from the returning Nikola Vlasic in the area on 30 minutes but the Dutchman's protests were rightly waved away as replays showed he had tripped himself.

4 - No @Everton player has scored more away league goals than Cenk Tosun this season (4, level with Wayne Rooney), despite this just being the Turkish player's seventh appearance on the road. Delight. pic.twitter.com/PKvqsmhKTX

The hosts made a rod of their own back for the opening goal five minutes before the interval. A sloppy pass was intercepted by Theo Walcott, and the Blues forward drove forward at pace before finding Tosun. The Turk, remaining onside, took the ball into his stride and after setting himself fired low across Jonas Lossl into the opposite corner to stun the home crowed.

It should have been two right after half-time but Lossl was equal to Vlasic's drive after good work by Walcott, before the keeper denied Seamus Coleman twice in quick succession.

Alex Pritchard then slipped at the wrong moment as he sought to get on the end of Van la Parra cross as ​Huddersfield looked for a way back into the clash. 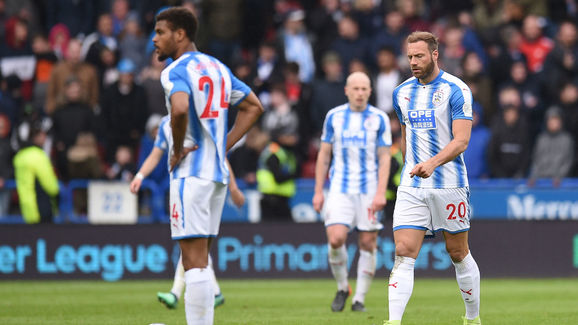 Despite Huddersfield bossing proceedings as they looked for a route back into the game, it was ​Everton who struck next to all-but-end the home side's resistance.

Substitute Oumar Niasse's cross found its way to Baines, who unselfishly laid the ball off to Gueye, and the midfielder's low shot flew past the outstretched Lossl into the net.

And that proved to be all the visitors needed to chalk up their third double of the season. Huddersfield must now pick up points from a extremely difficult run-in to remain in the top tier next season.