Borussia Dortmund will look to take one giant leap towards securing Champions League football next season when they take to the road to face SV Werder Bremen on Sunday.

The Black and Yellows are on a high after knocking four past Bayer Leverkusen last week, but These two sides rarely disappoint when they go head to head with each other. Having lost to Weder Bremen earlier this season, let's look back at ​Dortmund's last win over the Green and Whites which came last year in a seven-goal thriller.

Bremen actually took a surprise lead at the Westfalenstadion last season and it was Zlatko Junuzovic who put the visitors in front after just seven minutes.

Late first half goals from Marco Reus and Pierre-Emerick Aubameyang had Dortmund in control of the game going into half time, but Fin Bartels brought Werder Bremen back onto level terms seconds after the restart.

Max Kruse then found a way past Roman Alexander Nouri's side back into the lead before they were once again pegged back by a Reus penalty. Aubameyang they dealt the killer blow for Bremen in the last few minutes of the match with a spot-kick of his own, ensuring all three points stayed in Dortmund last May. Borussia Dortmund will have their hands full this weekend dealing with Bremen's attacking threat, but it is the potential match-up between two January signings that could settle the tie on Sunday. 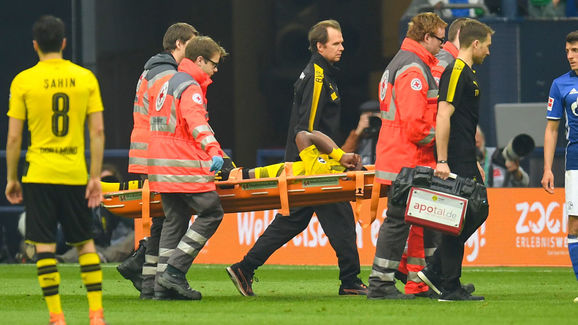 It will be much of the same for both sides this weekend in terms of injuries, with the hosts expected to see Fin Bartels sit out once again on Sunday.
Borussia Dortmund will continue to be without Michy Batshuayi, Erik Durm, Sebastian Rode, Raphaël Guerreiro
Potential SV Werder Bremen Starting Lineup: Pavlenka,  Prediction 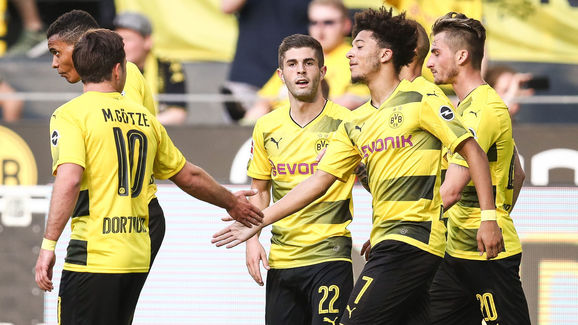 Werder Bremen will need to be at their best to try and claim anything this weekend, and with Florian Kohfeldt's side will enjoy matchday 32.
Dortmund's blistering performance against Leverkusen last week has given fans hope that their squad still has the potential to challenge ​Bayern Munich for the league title in the not too distant future, and the Black and Yellows will be desperate to further that belief this weekend.
Prediction: SV Werder Bremen 1-5 Borussia Dortmund
Related Topics: