That is according to the ​Telegraph, who have reported that the Frenchman may not be retained beyond the end of the season despite doing a decent job at the King Power Stadium since his appointment in October.

Slimani is currently on a six-month loan with Newcastle and Magpies manager Rafael Benitez has already made it clear that he wants to bring the striker to St. James' Park permanently if he can. 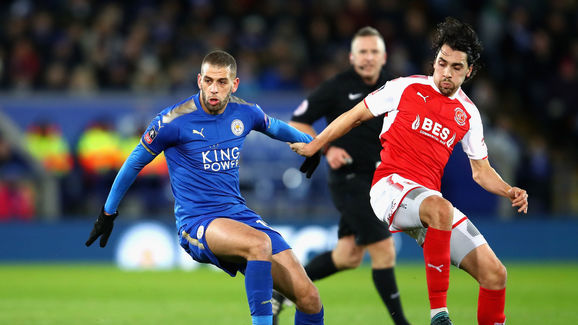 However, the Telegraph has stated its belief that ​Leicester's fringe players will to see what the outcome is concerning Puel's future in the Midlands before deciding whether to stay put themselves or find a new club.

If Puel is let go then whatever new incumbent takes over from him will want to run the rule over the squad he has inherited before acting on which stars he wants to keep a hold of.

Slimani certainly falls into that category, and the Algeria international will be as intrigued as his fellow outcasts to see if Leicester's hierarchy opts to sack Puel or if it is best that he look to move to the north east in search of regular first team football.

Hope Slimani starting is an indication that Benitez is interested in him long-term. He’s definitely miles ahead of Gayle, Joselu and Mitrovic. Money from the sale of Mitro should be used to sign him if he does well between now and the end of the season.

The 29-year-old has only started one match for ​Newcastle - one of three appearances for them since January - due to a thigh injury that had kept him out for three months, but the manner of his displays have piqued Benitez's interest.

The Spaniard wants to bolster his senior squad in the close season to better prepare them for a second term in the ​Premier League and, with reservations over Dwight Gayle and Joselu, sees Slimani as a potential new signing to lead his side's attack.

Slimani only made six appearances under Puel before departing temporarily, and it could well be that he faces a fight for a starting berth no matter who is in charge of Leicester for the 2018/19 campaign.